I once read that J. R. R. Tolkien believed one of the reasons we enjoy a good tale is that the characters do not know how it ends, even if we do. It seems important that you realize, I don't know how this tale ends, even if you do. If you're following along then we are in the same boat, but if you come to the blog later, you may well have seen the end.  I hope you enjoy it either way.

The highlight of the travel from the U.S.A. to Spain was the high speed train from Madrid to Seville. Wow. When they say high speed, they mean it. At nearly 300 km/hrs it was by far the fastest I've ever traveled on land.

The highlight of today's walk was Italica. It is the ruins of a Roman town which has the distinction of being the birthplace of two Roman emperors, Hadrian and Trajan. Hadrian is best known for the wall which bears his name in Great Britian. It marked the northern most border of the empire during his time. I think Trajan is best known for having one of our nephews named the same! (I just don't know anything else about Trajan the emporer). If you are walking this route, I would recommend skipping this site, and spending an extra day in Merida, where the Roman ruins are much better preserved. The entrance fee at Italica is less, only 1.5 Euro (about $1.75).

I started this Camino with a bit of a head cold, I got a single room tonight at Luz del Camino Albergue, so hopefully I won't share my illness.

Peace meditation of the day: "There is no time like the present."

Distance: 23km + at least 2 extras (went to municiple albergue first, then went for groceries later).
Weather: low 50F high 68F Clear and sunny.
Route hints: I made it without GPS, but you need to be very alert for some of the smallest yellow arrows I've ever seen on any Camino.
Albergue: Luz del Camino in Gullena is great, on the left just as you enter town. The municiple albergue i6n Guillena is temporarily closed. 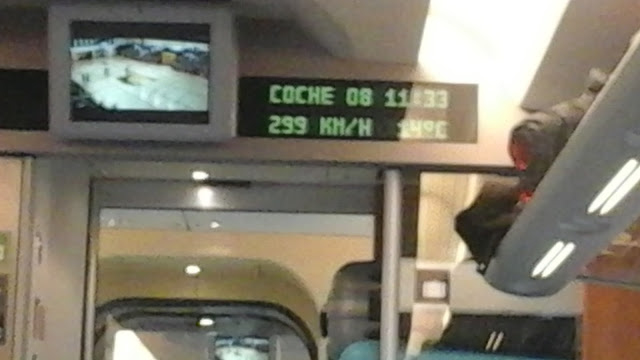 Current speed and temperature on the train 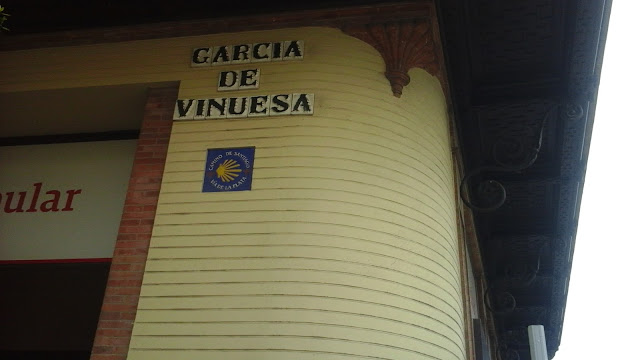 The first Camino sign, across from the NW corner of the cathedral in Seville. 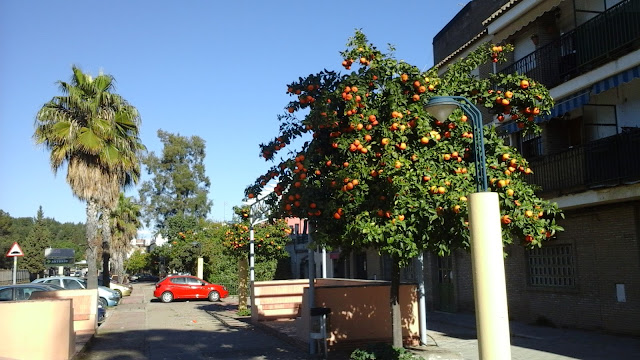 I am always amazed at the warm climate here, palm trees and oranges. 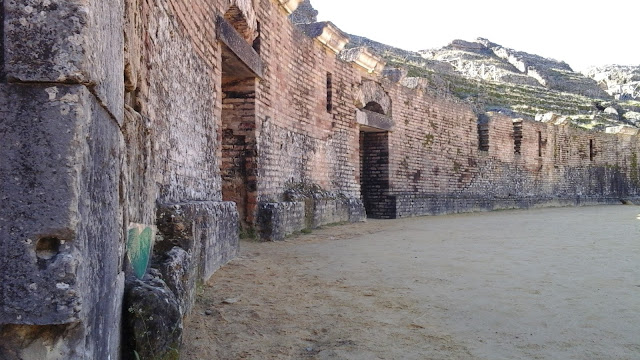 The walls of the amphatheater at Italica. 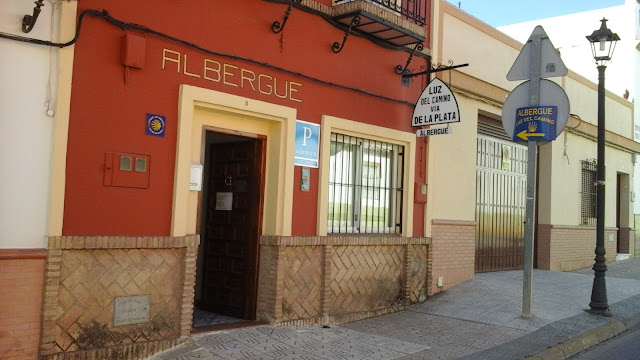 My home for the night, shared by 6 other pilgrims.
Posted by MikeAndRuth at 8:24 AM