Unreal wind today, and I expect a crazy amount tomorrow also. Maybe I'll try earplugs while walking. Today was mostly uneventful. I did stop in Caceres and buy a snack for my late morning break, the next 4 days will have no such possiblities midday.

I'd like to tell about the two Germans I've been with recently. First, it is amazing how many Spanish folks think I'm German before they even know my name! Anyway, Ralph is probably the largest pilgrim I've ever met. Think Sgt. Schultz on Hogans Heros. But he is a gentle giant. Unusual for the german folks, he doesn't speak much english, spending his afternoons writing in a journal. Nina is the only single woman in our group. She's a college student between sessions. She picked the Via de la Plata for her first Camino because so few people take this route. She is invaluable to the rest of us, speaking german, english, and spanish.

Weather: Low 40F the coldest feeling morning on this trip with a 25 mph headwind, increasing throughout the day. The high was in the 60s, but felt colder.
Distance: 23 km
Route hints: When you leave Caceres, about one kilometer past the bull ring, there is a large round-about. It is a bit confusing, you need to go left to the pedestrian crossing, then go right along the highway.
Albergue and town: The albergue in Casar is no longer donativo, but it's only 5E so maybe even better! This town has a cheese museum, but it's closed on Mondays. Two years in a row I come to this town and miss the museum both times because I'm here on Mondays. I know I said a few days ago I don't do museums while on Camino! 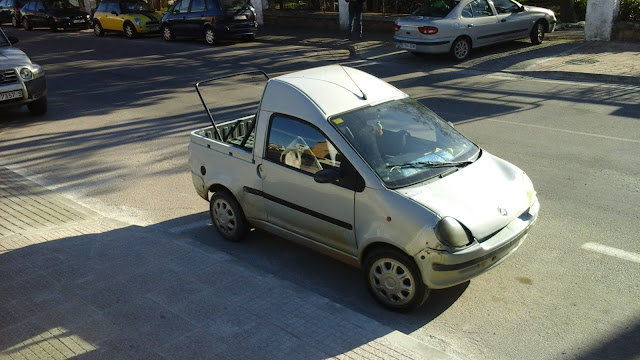 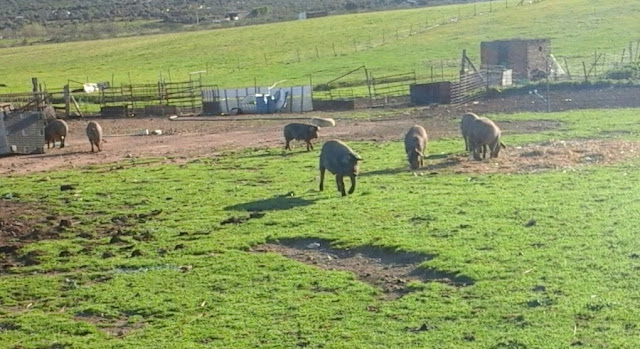 The previously promised picture of the sounder of swine. 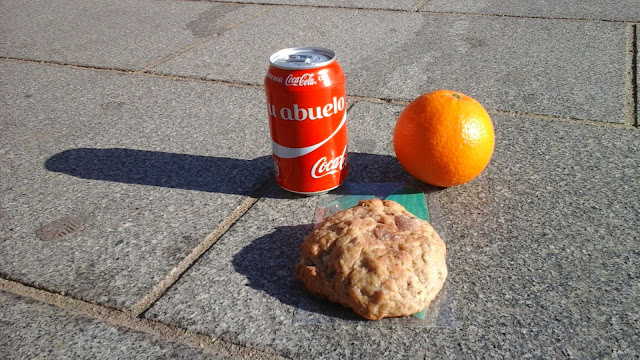 My snack. The coke says "Tu Abuelo" (your Grandpa). 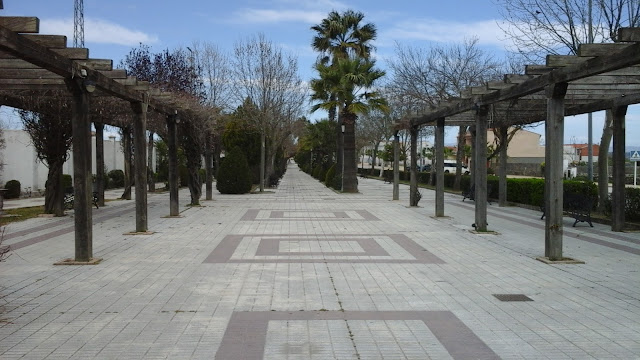 A nicely done entrance into this small town.
Posted by MikeAndRuth at 7:24 AM