There are two paths to take out of Rio Lobos. Starting east is by far the best, with more dirt path and less asphalt. It also provides a wonderful approach to Galisteo.

Once again the highlight of this stage is the walled city. We met an elderly man in the city, asked him if he knew any secrets of the wall. Much like the farmer's knowledge of the ancient olive trees from a few days ago, this man also said that he did not know any secrets. He said the wall was too old for anyone today to know it's secrets.

The wind on top of the wall was more than a little scary, but I led Alan, Ann, and Nina around from the east gate to the south gate, after a quick stop for a morning coffee. Walking the stairs near the St. Maria gate is ridiculous. Fourteen inch steps with no guard rail.

We are in Albergue Elena again. Ralph and Ann are working on supper. It smells like quite a lot of garlic. We've made reservations in Oliva for tomorrow night for the 5 of us.

Weather: It continues to be spectacular. A low of 50 this morning with a high of 72. Windy, but nice.
Distance: 22 km
Route hints: I highly recommend the stop in Rio Lobos, coming directly east to the Camino in the morning. Walking the wall of Galisteo is an absolute must.
Albergue and town: Several small shops near Albergue Elena, which seems to me like a fine place. 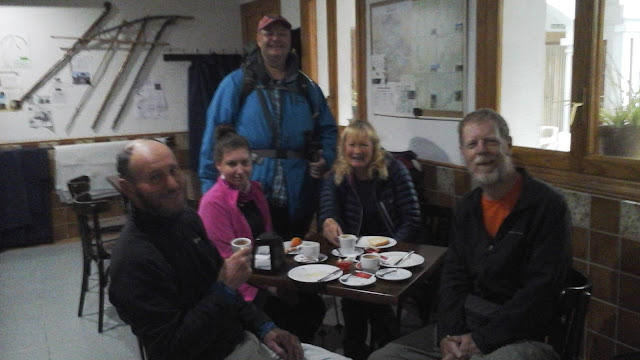 A toast and coffee breakfast included at the Rio Lobos Albergue 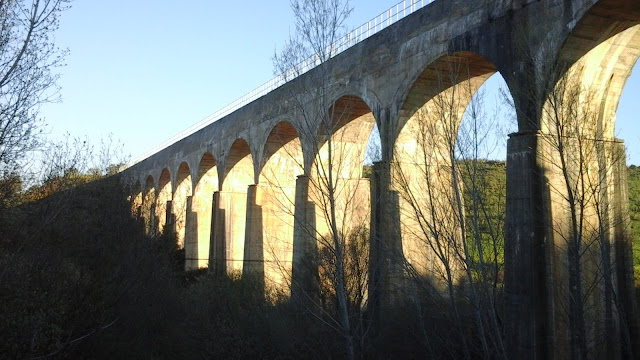 The local version of the "highline canal". 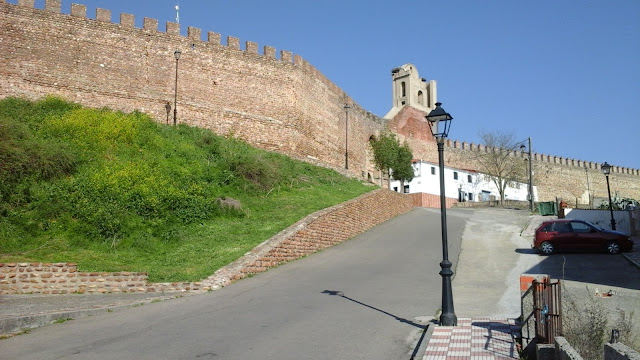 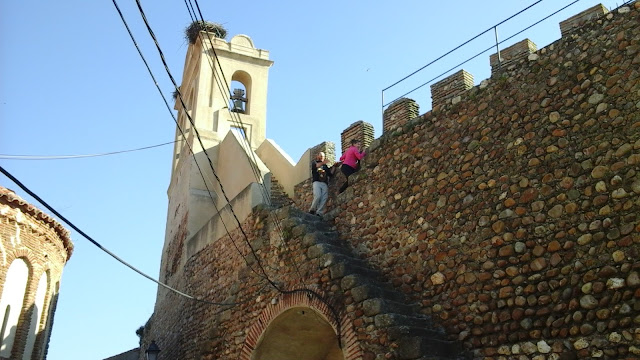 The stairs inside the wall. 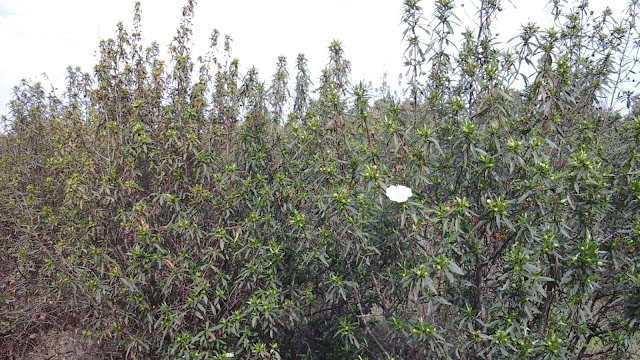 Last year these local bushes were full of flowers for several days walking distance. This year, being about 3 weeks earlier, they have only an occasionally early bloom, with thousands of buds waiting for a few more minutes of daylight. There are also many bee hives in the countryside where these flowers are found. 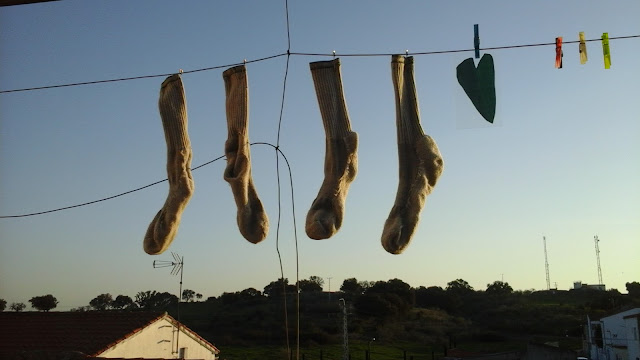 Afternoon solar power.
Posted by MikeAndRuth at 11:07 AM