Yes, this is one of the tougher stages on the Via de la Plata. The first half is along a beautiful high ridge where you can see for miles. The next 5 or 6 is on the shoulder of a highway, but it is beside the shores of (I think) Spain's largest lake. The last 10 km is along an old road on another ridge, that is quite rocky, so all of our feet are quite sore.  A total of 32 km.

Several great events to mention. I saw a fox early this morning, which is the first I've seen in Spain. It sat looking at me for several seconds, but too dark for a picture in pre-sunup light. Nina walked the last ridge about 30 minutes after I did, and saw two deer very near where Ruth saw three of them last year! So two years in a row I missed them.

I also was the first human to hear a truly newborn lamb about midmorning, it barely made a sqeak. It stumbled to a stand, searched under the front legs of mama for a nipple before finally finding it's goal between the back legs, with tail going crazy.

I've written about food on the Camino before, but the last two nights have been so good. It's much more difficult as a single person to manage food. So many items are better shared, even an apple or an orange.  We've all paid for dinner the last two nights because of the circumstances of each place. Both meals were some of the best ever. I'll include three pictures below of tonight's meal. First a big salad. Second, a pork chop, third a bowl of rice and milk. Wine and bread included, all for 9 Euro (about $10).

Weather: I think the low was about 45 and the high was about 65, but it was a very wierd temperature and trail combination. I was constantly adding or removing layers depending on the hills or the wind. Normally I can find something that works and stick with it.  Almost no sun today, but also no rain. It did rain just a little during the night.
Distance: 32 km
Route tips: The turn off to Canaveral can be missed. There is a typical granite block pointing straight ahead, which is great if you're going on without stopping at Canaveral. But almost everyone is stopping, and needs to turn left. There are signs pointing left for the town, but the granite block can fool you.
Albergue and town: This is one of the more expensive nights on the Camino. Hostal Canaveral.15 for the bed, 9 for dinner, 2 for the dryer (I hand washed my clothes). But I'm under budget so far, so a little splurge is OK. There are a couple of small grocery shops. 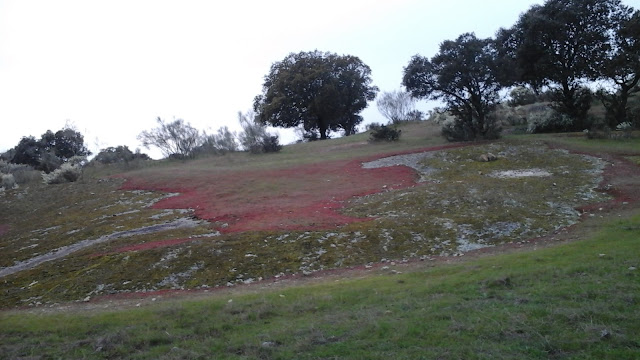 This red bloom was similar to last year. 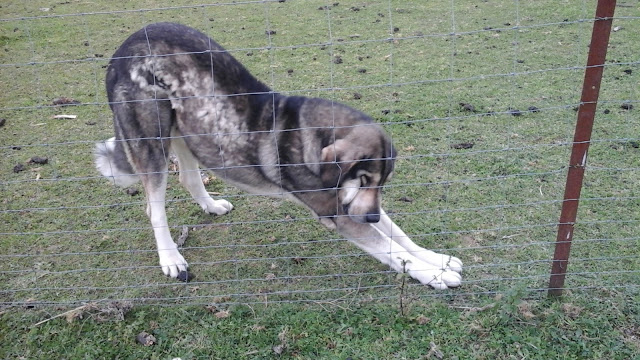 This sheep dog had to stretch before it investigated me. 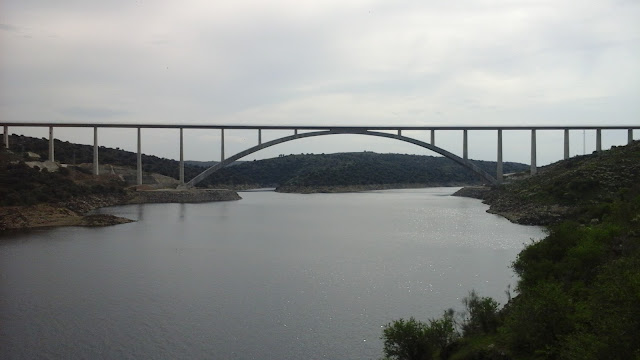 One of the bridges over the lake is completed 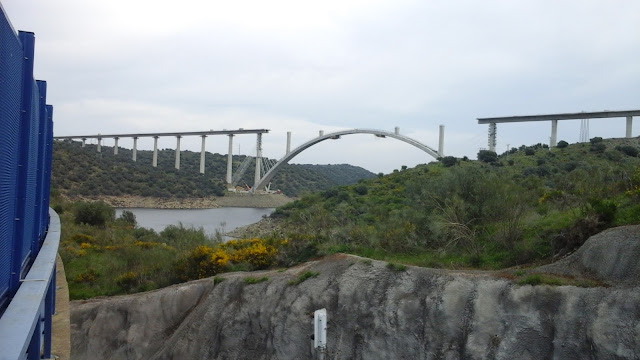 The other one is getting closer. These are for a high speed rail line from NW Spain to Seville. 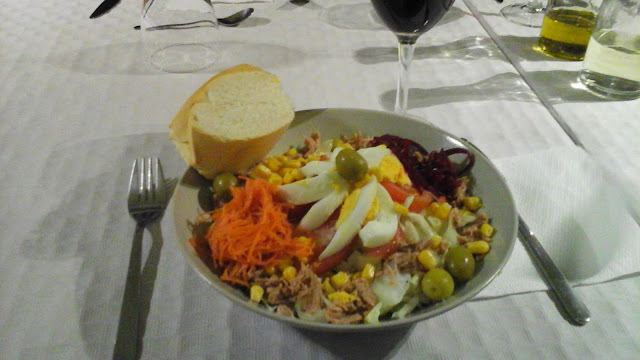 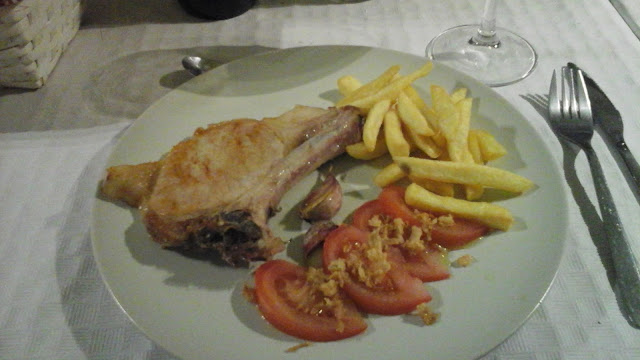 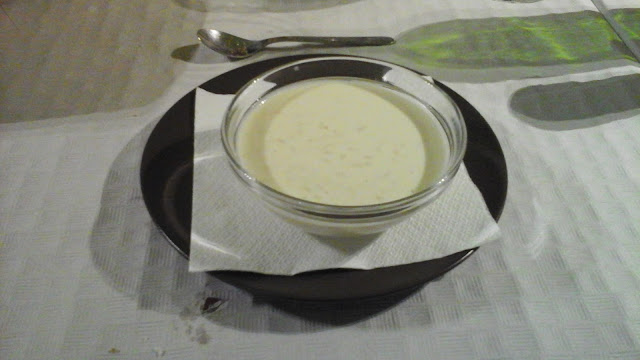 One thing nice about walking so far is that counting calories is not necessary.
Posted by MikeAndRuth at 11:18 AM