We all beat the rain today. It was a shortish day of 19 km, and even the three folks who overslept arrived just before the rain. Today is the day Spain "springs forward" for daylight savings time. The deadline for leaving the refuge was 8 am, but one room did not know of the time change, and was still in bed as the rest of us gathered the last of our few belongings.

Two other events to share. I hope you find the first interesting, and the second humorous.

First, I'd been wanting to cut my toe nails for at least a week. I seemed to only think of it as I was walking. In the evening I would forget about this simple task. Yesterday I finally remembered. Unfortunately the nails were long enough that they were protecting the new skin at the tip of my toes. As I started walking this morning I almost immediately developed two blisters, one on each foot. The left one on the tip of the second toe, and the right on the third. Stop, get out the needle and thread, fix everything up, and move on - after lacing the boots a bit tighter around the ankles to minimize toe friction. Normally I leave the ankles a little looser to avoid irritation of the achiles tendon. I'll have to find the required balance for the next few days.

The second event was as I was trying to replace my 'left behind' underwear. Even that sentence sounds funny to me, but then I already know how it went. The underwear display at the highend mens shop, in downtown Zamora, was right in front of the checkout counter. It couldn't have been worse. The display indicated any two-pack for about 10 Euros ($11). I found a style that looked fine, grabbed a Medium size and was the next one to check out. First the salesman/owner/clerk tried to tell me there were many other color choices. Really? I'm a pilgrim to Santiago, I don't care what color my underwear are!!!  Then he became insistent that I had chosen the wrong size. Being the stupid American, I did not know S/M/L/XL do not mean the same here as they do at home. The line of customers grew, all watching and listening as he and I tried to overcome our language limits and find a size that would satisfy both of us. He thought 'Large' was better. I said "OK" as fast as I could, paid, and took a red faced bow for the assembled crowd. Nina was standing just inside the store entrance, trying to hide behind the dozen eggs she had purchased for the community supper that evening. She did not escape notice. We provided a good story to several locals.

Weather: Low this morning 39F. High of about 50F. Rain in the mid-afternoon on.
Distance: 19 km
Route: This is where we went wrong last year, taking a one hour detour toward Portugal. I took a few pictures of the signage along the way today, and plan to make a poster for the refuge when we return. The most important sign is shown below, with VdlP straight and Portugal to the left.
Montamarta: The refuge is closed right now, I think last year it opened April 1st. 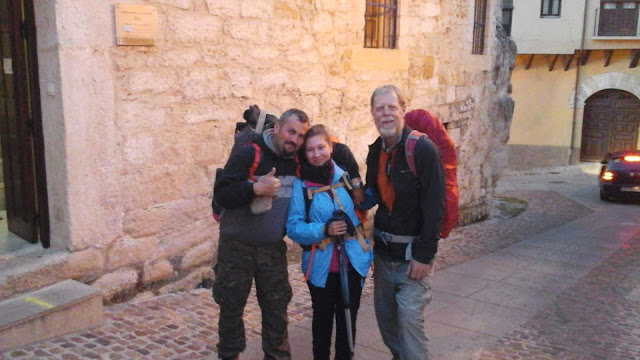 The three amigos. The last of our great group over the past two weeks. 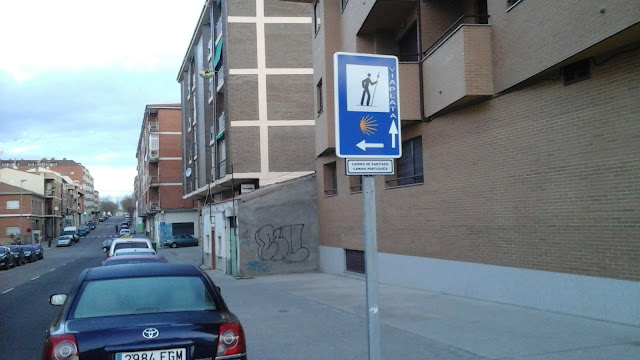 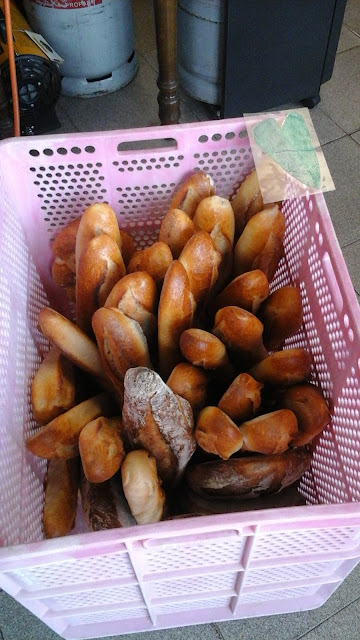 Fresh bread for the day. 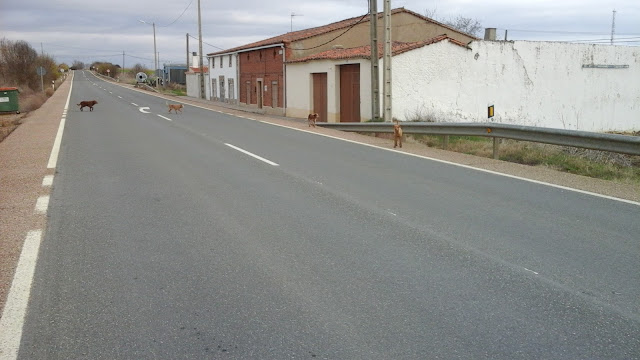 This looked more like Panama than Spain, with the stray dogs looking for breakfast. 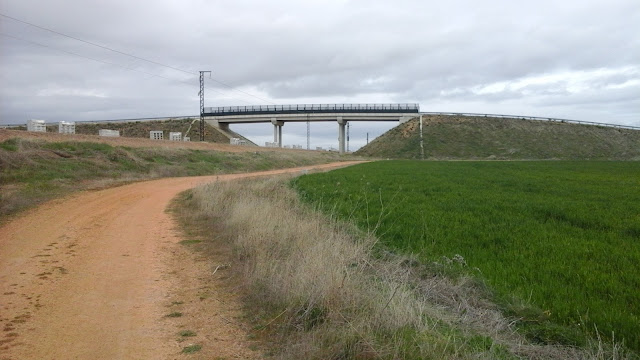 The high speed train construction. Should I follow it tomorrow? 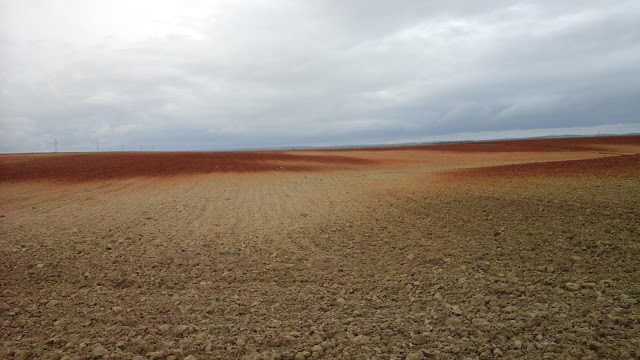 Even the fallow fields provide colors 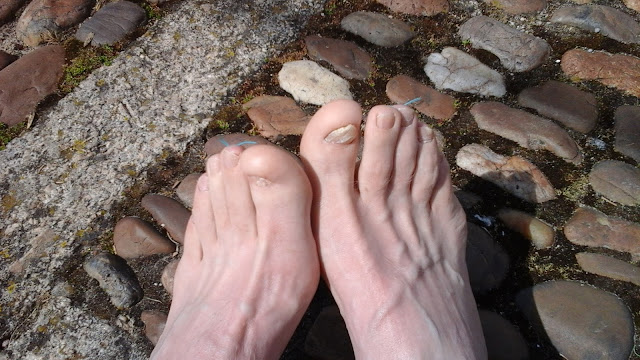