"Eagles commonly fly alone. They are crows and starlings that flock together." John Webster

There has been a good bit of alone time in the last six days. It hasn't been bad, just different than previous Caminos. I've lost track of Peter and Albert, but the Frenchmen tell me they saw them yesterday, so I'll probably cross paths with them again.

I took a right when I should have gone left, or some such event. I didn't even see the turn/corner/fork so it was a very odd feeling. There was a good size stream about 3 1/2 hours into the walk, and it was shortly after that I began to realize I was going to much east and not enough north. (Later: Actually looking at google satelite view, it is obvious where it happen, about 2 km after the Bodion Arroyo).  I ended up on the N-630 (the two lane highway), and headed north. It goes directly to Feunte de Cantos, so I could have stayed there, but in a couple kilometers there was a farm road leading back west to the Camino. I took the opportunity to get off the asphalt, and arrived about 30 minutes later than I should have.

I'll let the pictures tell the rest of the story.

Meditation: May all be healed
Distance: Should have been 21 km, probably was about 23 km.
Weather: Low 46F High: I didn't look, but the breeze was cool, probably upper 50s. No rain!!! (mostly cloudy).
Route notes: See above. The way is well marked, other pilgrims stayed on the Camino with no trouble. My mistake shows how easy it is to miss a turn.
Albergue: I'm in the Albergue Turistico, which in the old convent on the west side of town. Sort of wishing I'd gone to the other place in town. Cold showers and cold rooms here. There are plenty of blankets, and the view is beautiful. 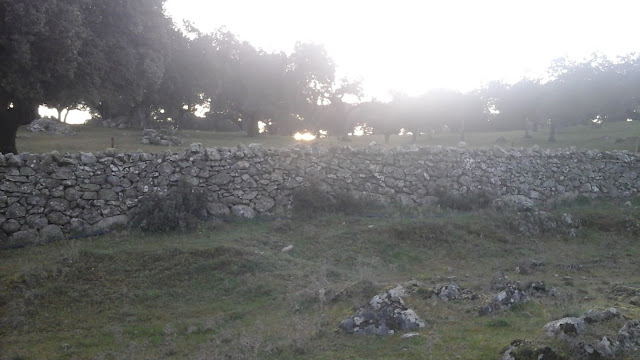 It was very good to see a sunrise after 3 days of rain. 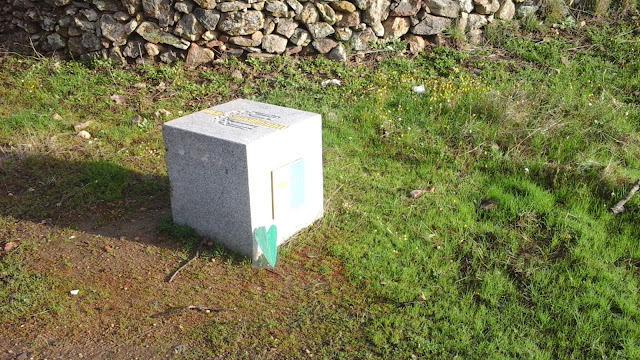 I crossed into the region of Extremadura. They mark the Camino with these granite cubes. 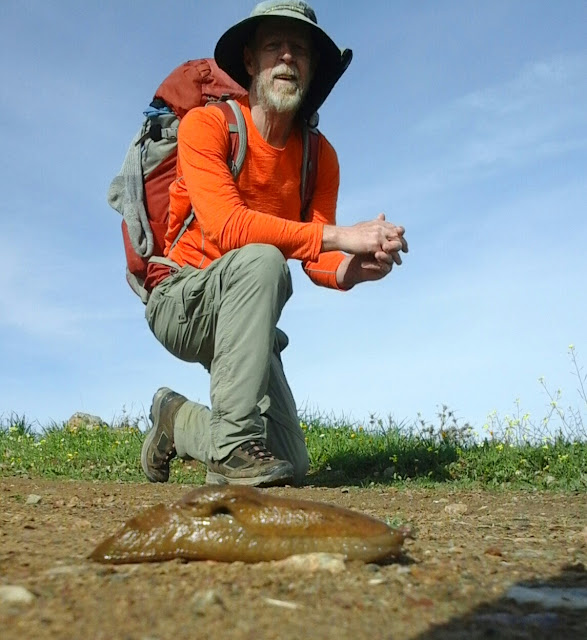 I really hope this picture does not cause nightmares, but it is too good to keep hidden.
These huge slugs are all over the road after a rain.
It is difficult to avoid them when walking, and cars and bicycles don't even try. 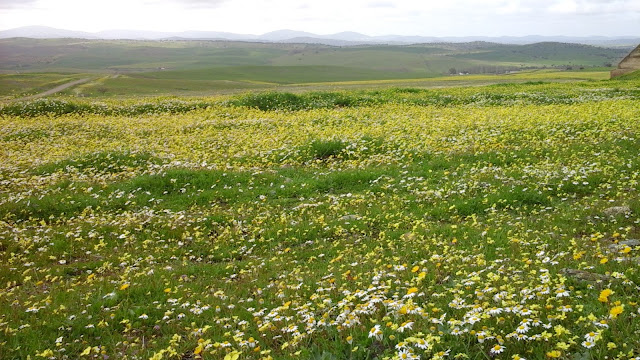 This is much better, where I took my second break. 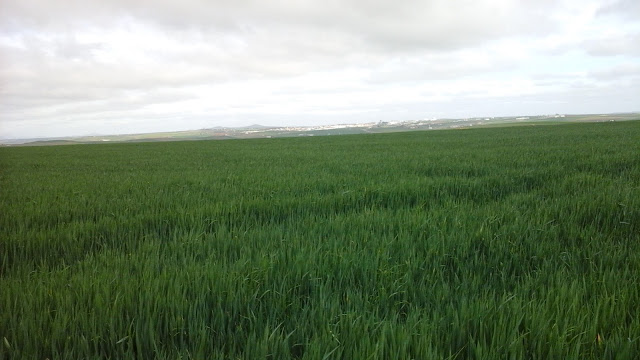 The way transitioned from forest/ranchland to cropland today.
Posted by MikeAndRuth at 10:03 AM