Most of our little pod of pilgrims disappeared today. It was the last day for Alan and Anne, as they planned all along to walk the first half this year and the second half in 2018. Ralf took a day off in Salamanca to rest and heal. Juan is walking to El Cubo, which is 36 km, and more than I wanted to do right now.

Juan was great, one of the most cheerful men I've ever met. He also had "blue Spanish eyes". I asked about them. He said he comes from a family of 10 children, all 12 (including Mom and Dad) have blue eyes. With the otherwise dark complexion of a Spaniard they are striking. I wish I had gotten a picture.

I was walking with Nina as we came to the town before Casa Saso. We went to the small grocery store to get some fruit and a sandwich for lunch. The store was out of bread. Yes, there is a bread shop, down past the yellow dumpster, take a left and continue for three blocks. Two small loaves for 1.25. Then back to the store where she made us three generous ham and cheese sandwiches for about 3 dollars more (I got one to save for tomorrow).

Ruth and I had a good evening last year at Casa Saso. I told about it in last years post from April 13. After dinner this evening, I was able to exchange greetings between Alberto, Carmen, and Ruth via Facebook.

Oh, and we had snow last evening and this morning. See the pictures.

Weather: Low: 29F High about 40F with snow flurries all day, but melting as the day continued.
Distance: 23 km
Route: I stopped before El Cubo, it 's just too far.
Albergue: In the middle of no where, but still sort of a unique, good time.

Several great pictures: snow in Salamanca, the intense colors of the way today, a new playground in an old town, saying goodbye to Ralf in Plaza Mayor last night. 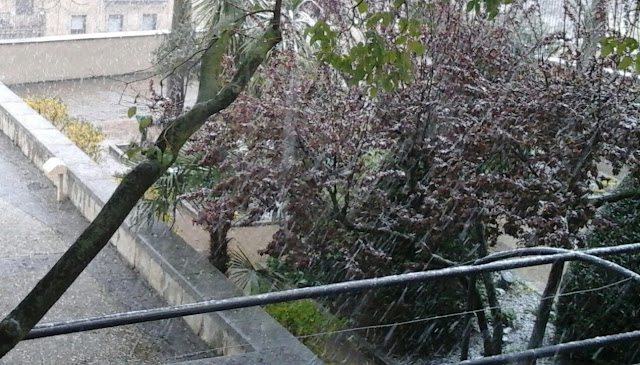 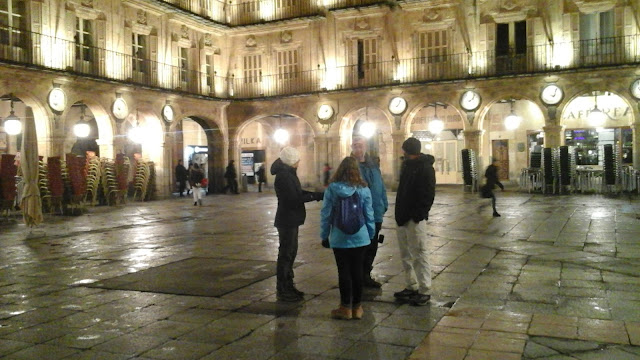 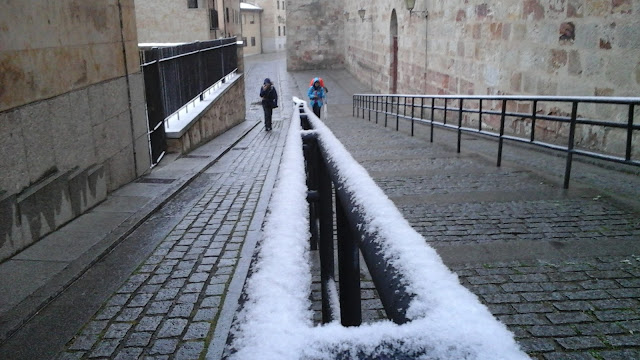 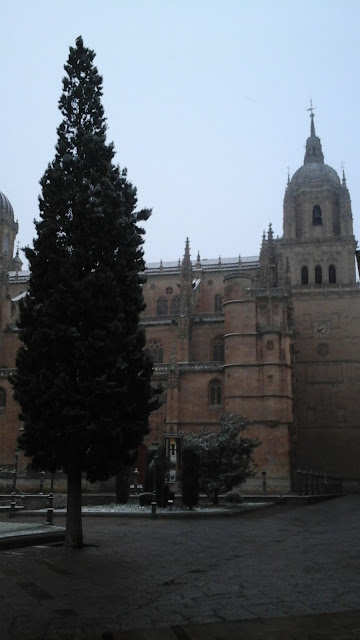 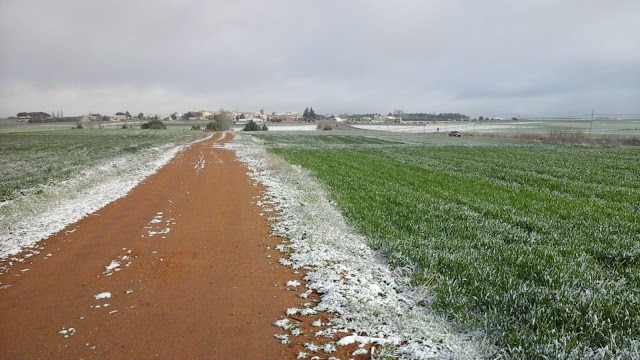 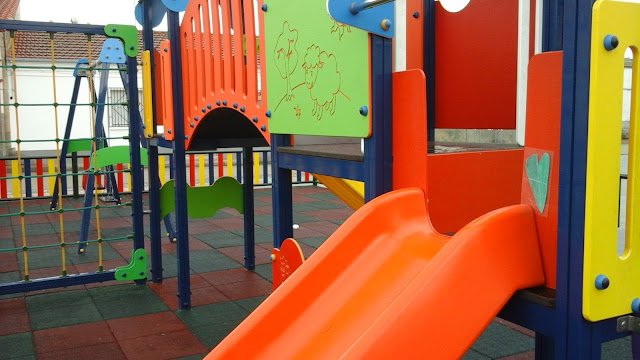 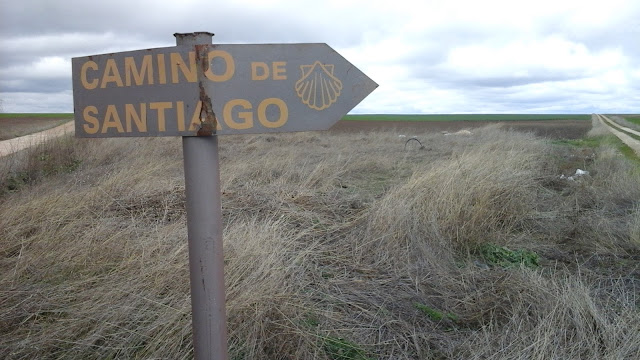 Posted by MikeAndRuth at 7:22 AM