Just "Skyped" with Ruth Ann. I'm going to need to be careful where I do that from now on, I can't be crying while sitting in a bar with a roudy Spanish card game at the next table!

Wow, this walk is ridiculous. Beautiful countryside, ancient churches, and a 75 year old German pilgrim telling me about his escape from East Germany (as a 5 year old) at 2:00 in the morning with his mother and brother after WW II. Aside from trying to make their way through the dark forest without being detected by the Russian guards, the part of the story he most vividly remembers is his mother telling him to pee in the sink because there was no toilet in the building in which they found themselves once safely in the west. You can't make this stuff up. [His mother was British, but had married his German father-to-be before the war].

He also told me this Camino thing is like a fever that keeps returning, just when you think you've got it whipped.

I also learned about the oddly pruned trees of this area today. They let them get nearly mature and cut them all the way back to a trunk of about 10 feet. Then new branches are let to grow until they are "wood stove" diameter. Those branches are then harvested for heating local homes. The process can be repeated about every 10 years for as much as 200 years on each tree. See the last photo in today's post below.

Fuenterroble has one of the most well known refuges in Spain. Last year it was raining, dark, and seemed a bit depressing. This year it is sunny and welcoming. Looking forward to a community dinner at 7 pm, served by the hospitaleros (our volunteer hosts).

I also added a few pictures to yesterday's post.

Weather: Low 38F High 72F
Distance: 21 km
Route hints: A few km before Fuenterroble there is a three way fork, with a paved road to the right, a dirt trail straight, and a dirt road to the left. This year I went on the dirt trail and it was great. But that is only possible if the weather has been very dry. If any rain has been recent you must stay on one of the roads, the left being my recommendation. See the last photo once again for a picture of the center path, but remember it will full of water after rain. 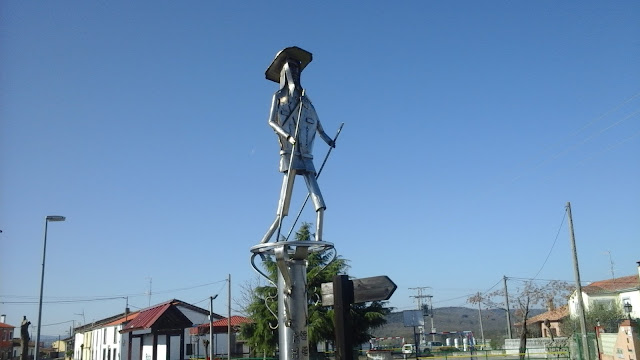 I continue to be fascinated by the pilgrim art along the way. 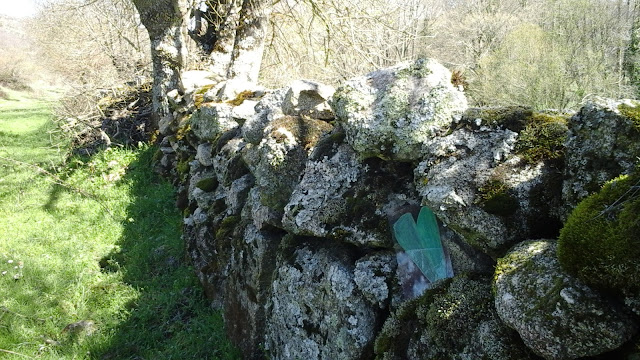 The rock wall fences are constructed with no morter, just fitting the rocks together. 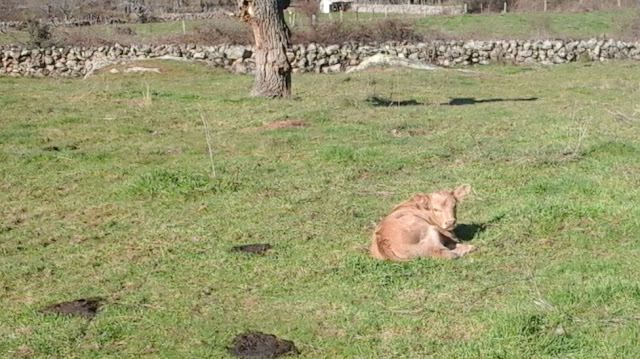 Can I bring Norman home? 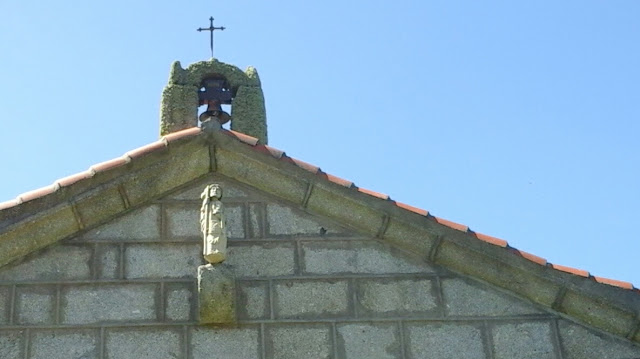 A small statue of Santiago Peregrino - St. James the pilgrim. 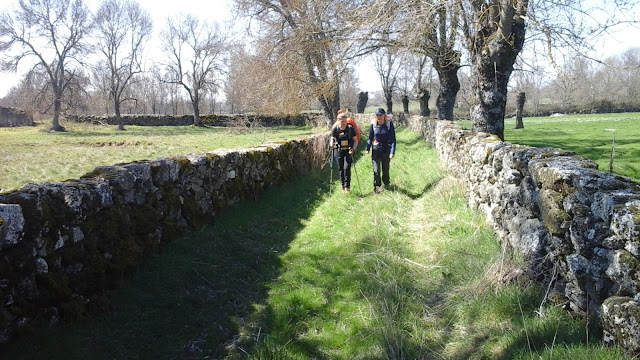 The oddly pruned trees, the grassy path, and two of our small 'pod' of pilgrims.
Posted by MikeAndRuth at 8:50 AM