Today I was noticing the sounds of the Camino.

The constant rythm of my feet is a never ending companion. Crunch, crunch, crunch on the sandy gravel of today, yesterday it was the whack, whack, whack of concrete and asphalt for too long. Once in a while I notice my heavy breathing on a hill, or a word of frustration when my back has a pain.

This morning the frogs were croaking in the swamp, sounding a lot like dabbling ducks (frogs are rare in the dry climate of Colorado). The birds are always searching for a partner or defending territory with every imaginable sound. The flowers are silent, but the bees buzz among them.

The larger animals make sounds in preportion to the size, with the sheep baaaaa, the deeper cow mooooo. The animals here commonly wear a bell, and they too make a sound fitting of the size. The smaller bells on goats and sheep chime, while the startlingly large bells on the cows gong, gong, gong. Every morning there is a competition among the roosters. I heard a turkey gooble yesterday morning.

Man-made sounds also interupt the silence. Motorcycle rip by me on the dirt trails. The hum of bicycle tires warns of their approach. The distant dull vibration of the trucks on the highway can sometimes be detected. Once in a while a few Spaniards are on the path with too many syllables in too short of a time.

If I get to bored with all these sounds, I did bring a little music along. You might catch me listening to Willie, or Johnny, or Adele. Another pilgrim might hear me singing "Blue...spanish eyes...".

I think I will just try a few photos without further comment. My footprint. A triple birthday party. Pictures along the path. A stream crossing where I nearly tripped on the stone blocks.

(I know there some spelling errors in this post, I will try to fix later) 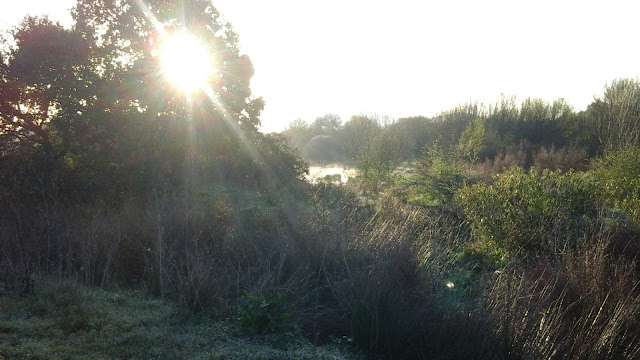 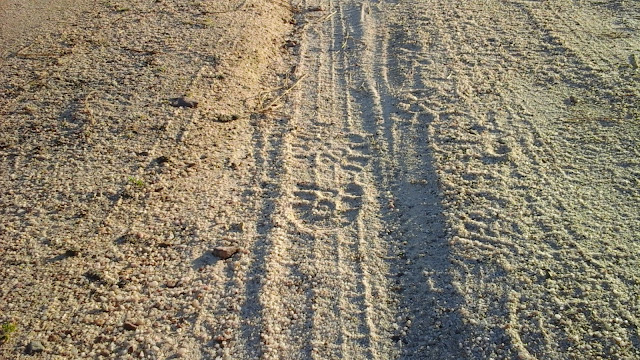 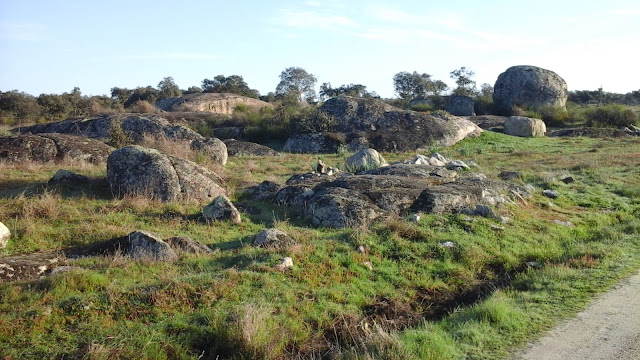 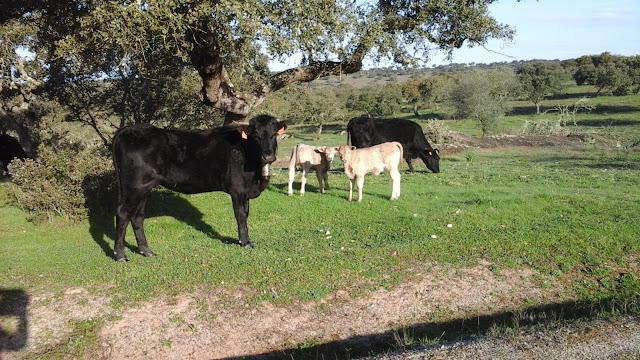 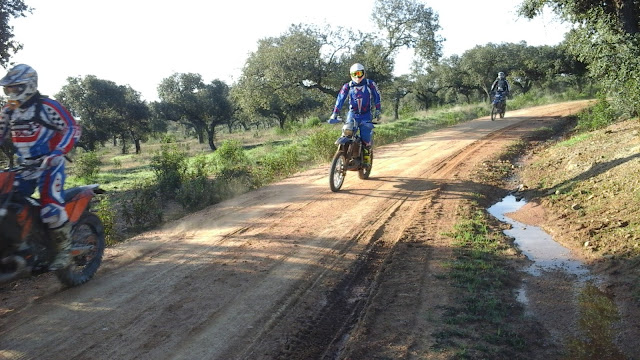 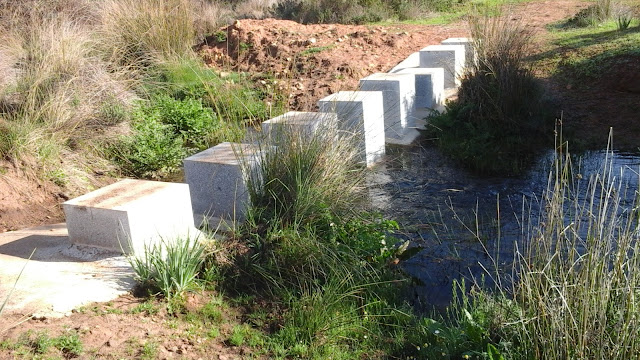 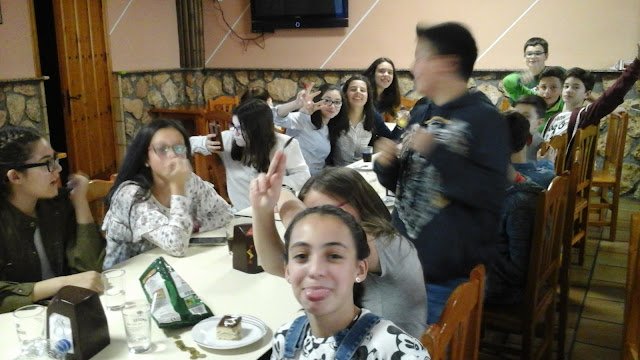 Posted by MikeAndRuth at 9:13 AM