Second attempt at writing about this day, not a second attempt to get there. Although there was a bit of that, too. My first write-up seems to be lost in the Blogger cloud. So I'll do a quick redo.
It was another day with a crazy amount of elevation, with an extra 800 feet added on at the end, due to a mistake that Fernando and I both made (independently). First we both missed a major fork in the trail. Then I misinterpretted another one (I'm not sure what he did). We happened to meet in the wrong village, far down the mountain from where we needed to be. There was a one mile jeep trail straight up the grade, and we both figured that was the proper solution.
Another stage with no store along the way, so we were captive to our host. It was a great captivity. She fixed a feast for 20 people, working in the kitchen all afternoon.
Any guidebook for this route warns against combining this stage with previous or upcoming kilometers. Please believe it. Even without the errors, it would have been tough. Probably not a single step on flat ground. But the views were magnificent. In fact, I'm certain it was the most spectacular scenery of any of my Camino days - ever!
Again, pictures later! 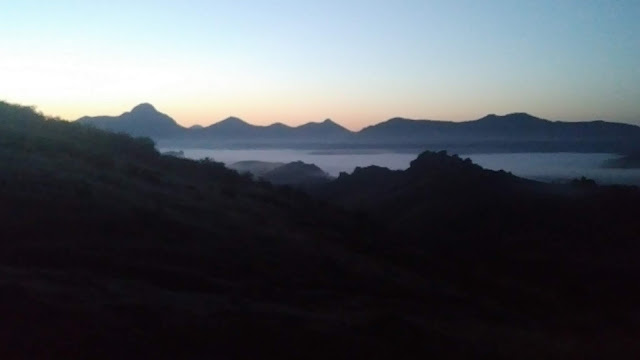 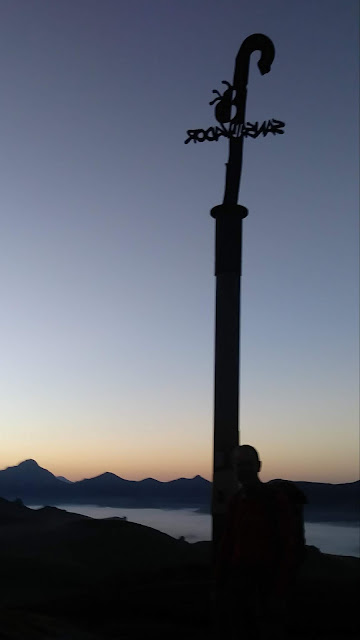 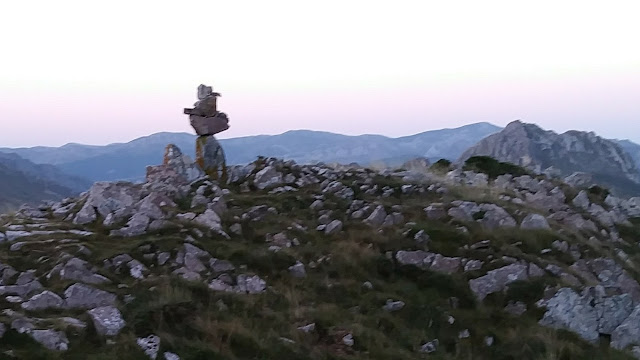 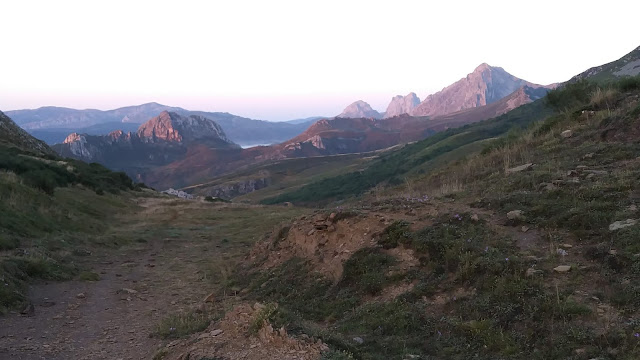 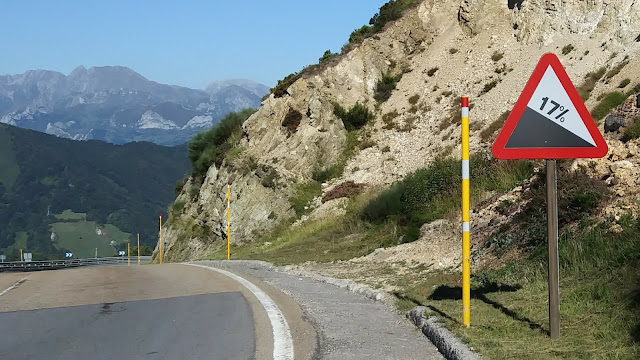 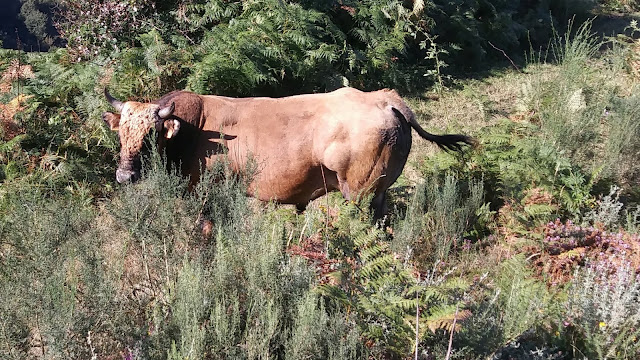 This was the first ever in Spain, where a bull blocked the trail for me. A few meters of bushwhacking and I was on my way.
Posted by MikeAndRuth at 9:55 AM