It was a perfect day for the "Hospitales" route. First, it is named after the three pilgrim's hospitals that were along the trail in the mountains of today's stage, on the long stretch between villages, 1000 years ago.

I mentioned the Napoleon route yesterday. I haven't walked it, but I can be fairly confident the two are similar in distance and elevation. The Napoleon route is infamous because it is the first day for most pilgrims that begin in St. Jean Pied de Port, and deservedly so. Today's stage has some huge climbs that are followed by several more 'down and back up' sections, which makes it a little extra tough.

The middle part of the day was along the top of the highest ridge in the area, so the views were wonderful.
Several folks came in very late, there were barely enough beds in town. It seems like a good group of pilgrims. A good mix of young and old, probably a dozen countries, and at least 4 continents. Some folks on their first Camino and several "veterans". Everyone seems very friendly and helpful.

I am a Casa Marques tonight. It's simple but adequate. It doesn't have a refrigerator, so I had to fry my four eggs for supper. I had planned to boil them and take them on the trail (no food for the first 20 km tomorrow), but I don't like taking them if they aren't chilled. I have cookies and nuts.
Once again poor Wi-Fi. Pictures later. 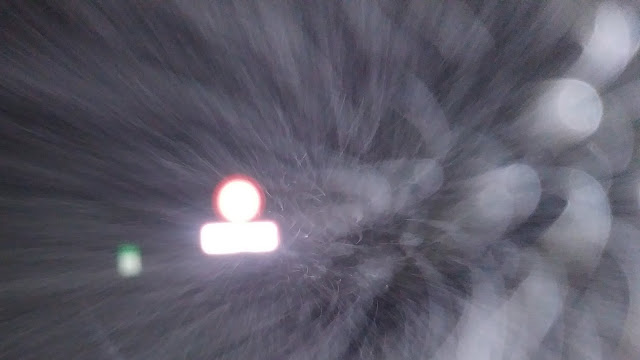 I tried to take a picture of a traffic sign before dawn, with the camera in flash mode. The fine mist looks like snow. It was so fine that I didn't even need rain gear. 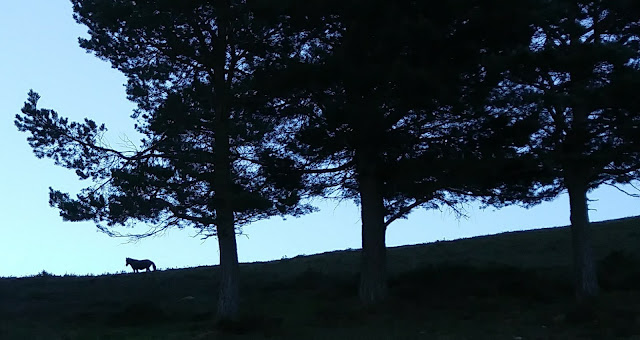 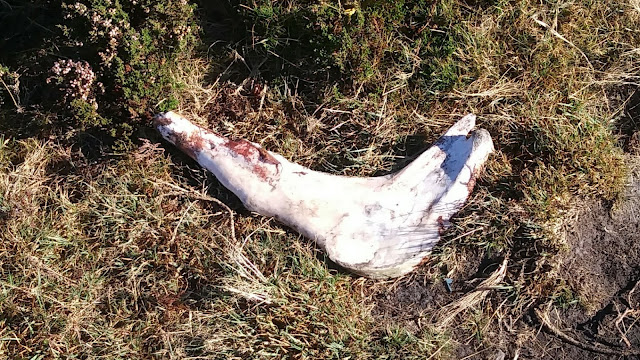 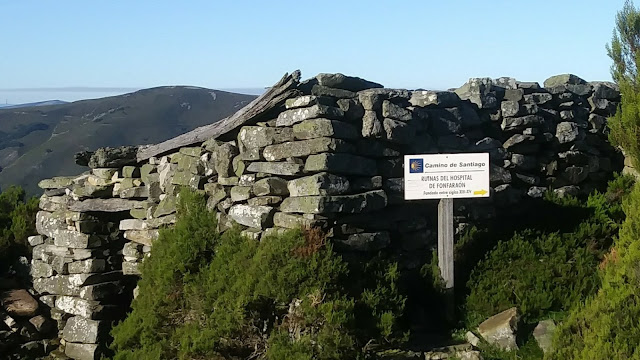 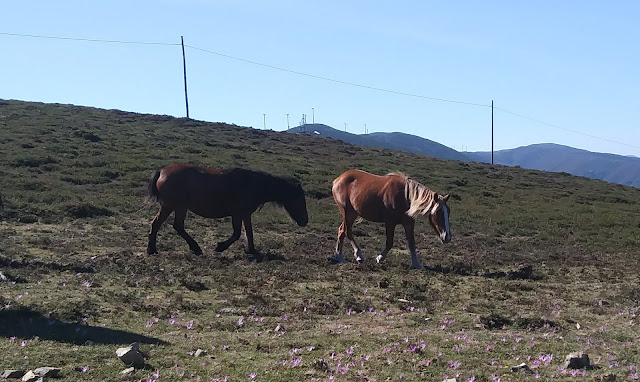 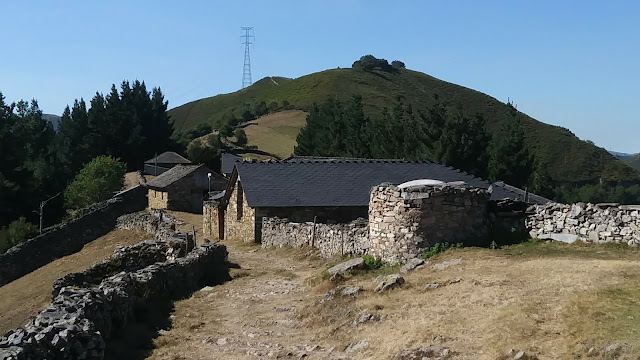 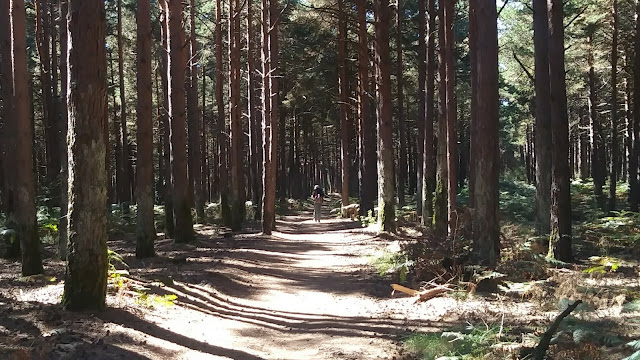 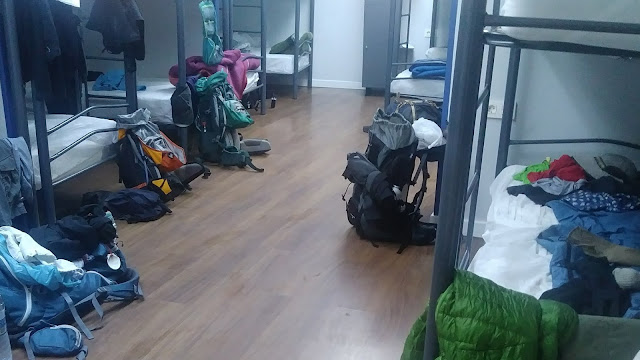 Posted by MikeAndRuth at 7:01 AM