The travel seemed more difficult than normal. Leaving Denver at 2:35 pm meant I had already been "awake" for about 8 hours before take-off. A couple of short naps along the way, and I arrived at the hotel in Leon, Spain on Wednesday evening at 8 pm, 30 hours between beds.
I did meet one other pilgrim at the Madrid airport. He explained how he had walked the Camino Frances to Burgos, where his feet gave out. He was returning home (Sweden) hoping to give it a go at a later date. There were a few others at Chamartin Station, but no introduction were to happen.
The high speed trains of Spain continue to amaze. This one did not display the speed, unlike previous rides, but it must felt like about 200 km/hr.

Photos: The 4 big skyscrapers of Madrid (I mistakenly thought there were only 3 as we left Madrid this spring), Spain high plains just before reaching Leon, and the small trees along side the Camino as seen in the movie The Way (with some train window reflection). 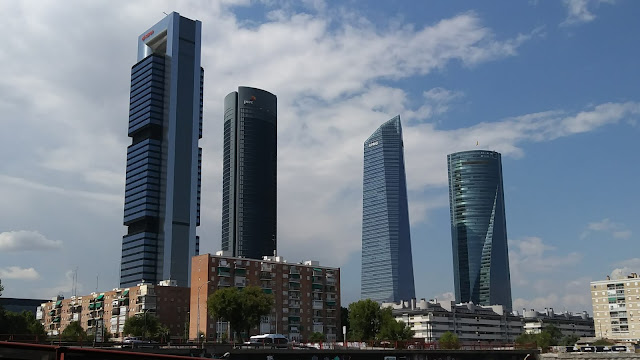 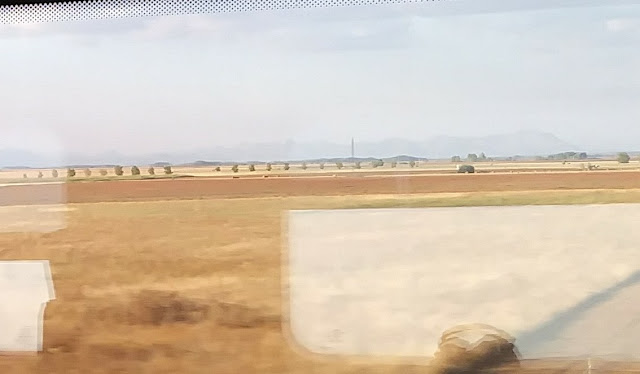