The day of the hedgehog. About the size of a small loaf of bread. Round like a ball when startled. In the middle of the pre-dawn trail. I wished I could have gotten a picture, but the cellphone flashlight was on, and as soon as I turned it off so that I could use camera mode, the critter disappeared like a magician's rabbit. Poof. Gone. Pretty cool anyway.

Today was quite strenuous, but one of the nicest walks you'd find on any Camino. Several kilometers of dirt track that was nearly 100% covered in shade from the thick vegetation. A perfect temperature (again!).

There were many new faces today. Several of us took 4 days to get here from Oviedo, including me. Most of the new folks did it on 3 and caught the rest of us. Tommorow nearly every person will walk to Berducedo. There is actually a fork in the trail after 3 km in the morning. But the forecast is perfect, so I can't imagine anyone NOT choosing the mountain route. It is shorter and the scenery is said to be similar to the Napoleon Route on the Camino Frances.
I'm going to start saying something each post about the refuge I'm in that night. Hopefully it will help other folks coming along this route. Tonight it is Ricardo's place. I fixed myself an omelet in my cup and Kevin fixed one in the skillet. The grocery store charged me a ridiculous amount, and did not provide a receipt.

Wi-Fi in this region is so poor. Pictures later. 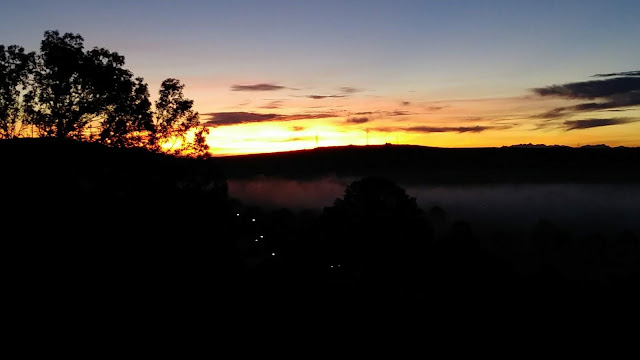 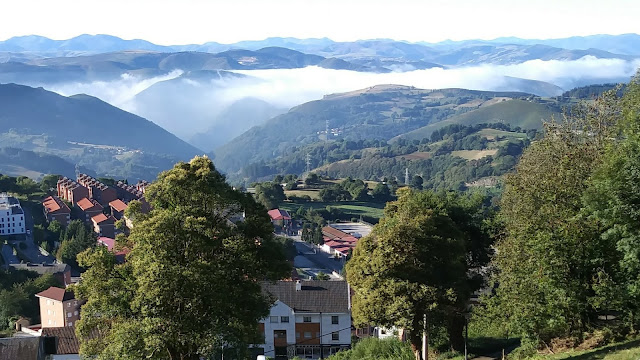 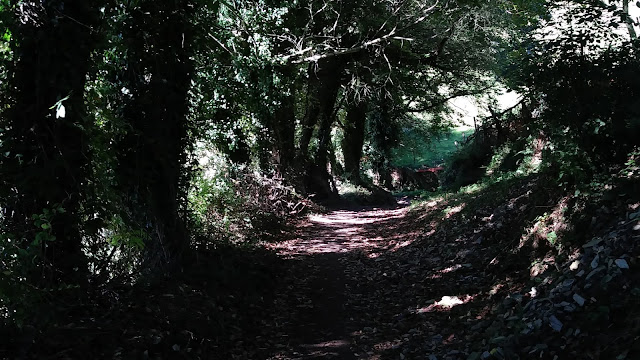 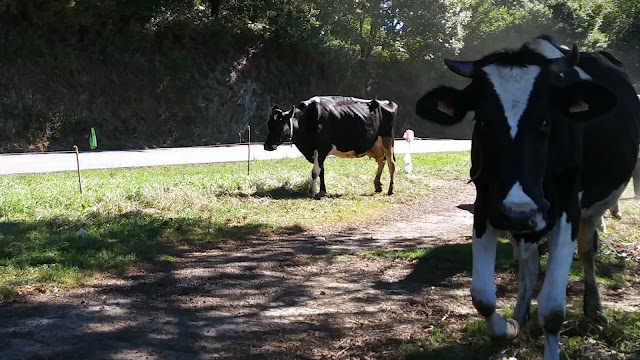 Posted by MikeAndRuth at 9:00 AM