April 27, 2018 Friday:
In most guidebooks and maps this place is called Outeiro, but when you arrive the signs say Vedra. Take your pick.
Now to last nights stay in Dornelas. Almost every pilgrim stops there for a snack or a drink, but very few spend the night. It's about 26 km from Santiago, which makes it difficult to make the noon pilgrim's mass. It's too bad more folks don't stop.

Andreas and Christina are a wonderful Italian couple with four year old twin girls. They have a perfect little albergue of 5 bunks and provide dinner for 10 E, called Casa Leiras. It was a picture perfect afternoon. Joining us was one woman and two men, one each from Spain, Italy, and France. It was like a scene out of the movie "The Way". There was even a little argument about Charlemagne between the Italian woman and the French man, similar to the movie. I'm certain the matter was not settled.

These are the times that make Camino so special. Yes, there is the walking. Yes, there is Spain. Yes, there is Santiago, both the city and the saint. But those times around the table. It is the reason the most commonly celebrated Christian sacrament remembers the night Christ "gathered with his faltering friends around a table that tasted of freedom". Barriers are broken. Bridges are built. The world needs more bridges.

The Italian woman and the French man walked out together this morning. 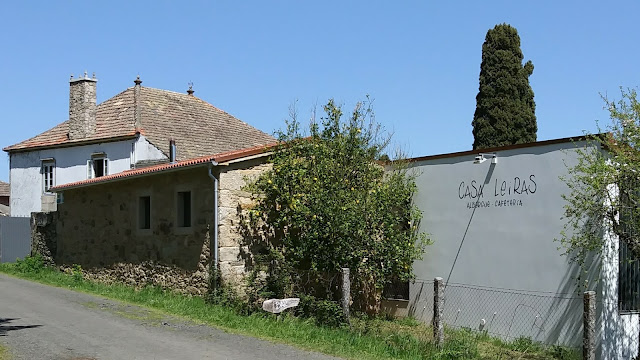 Our home for the evening. 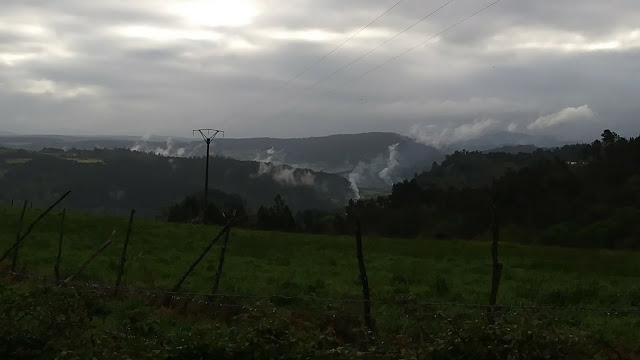 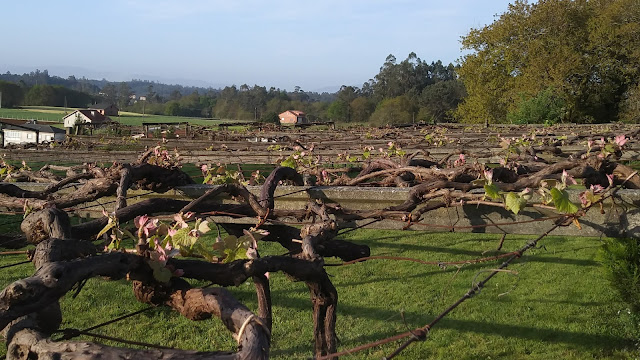 New leaves are just peaking out on the trestled vines. 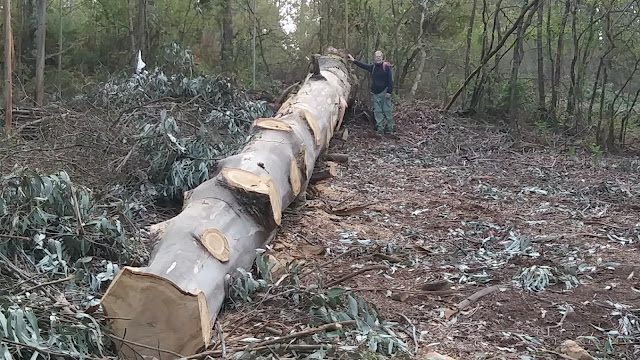 A huge eucalyptus tree, and Ruth napping. We both got bottom bunks! 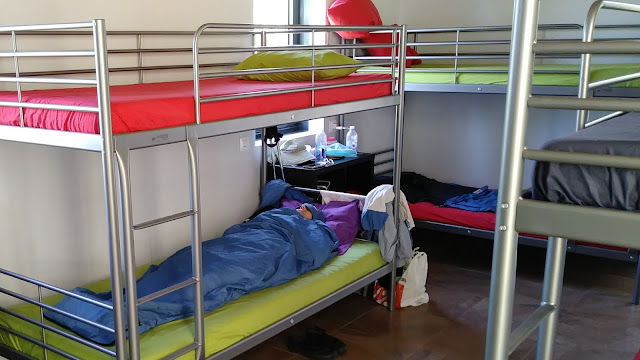