Day 19 To The Monastery at Oseira

We are now planning to do mostly short distances each day into Santiago, today being the first, at 10 km.

Our stop today is at an active monastery. The monks are Cistercian Catholics, who live an austere life which is dominated by silence and manual labor. We plan to attend evening prayers where we expect to hear the Psalms chanted in centuries old style.

The monastery is just off the normal route so we have only 6 other folks in a very large, very un-heated room of stone. Blankets will be used.
We took the 3 Euro tour of the site just after arriving. A busload of Spanish tourists had also just arrived. Ruth was the tallest woman and I was the tallest man in the group, feeling like giants, and probably looking quite German to the local crowd -also being the blondest.

One of the unique features of the church here is a sculpture of the Virgin Mary breastfeeding the infant Jesus. It is not the only such statue in existence, but is believed to be one of the oldest. Honestly, I wasn't impressed.

We are now well into Galicia. Rolling hills dominate the landscape. Large portions of this region were burned in wildfires in 2017, and we passed several burned areas this morning. 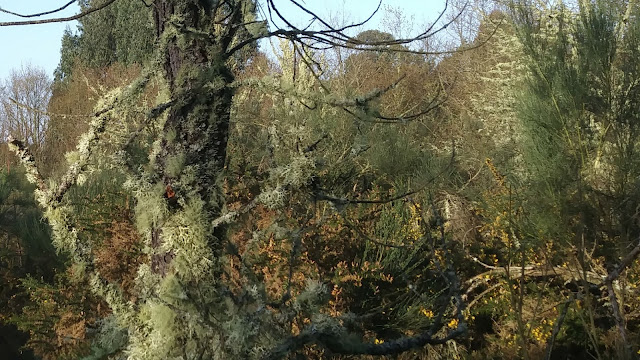 I think this picture would make a great 1000 piece puzzle!!! 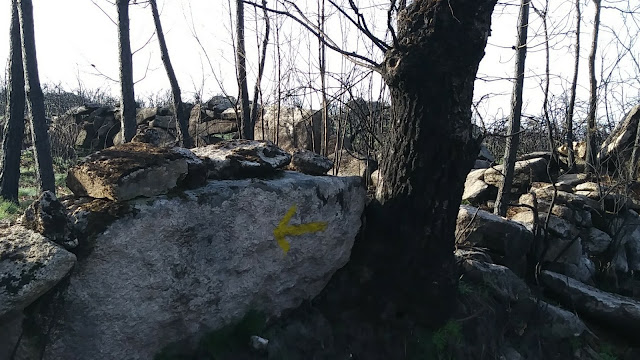 The yellow arrows survived the fires. 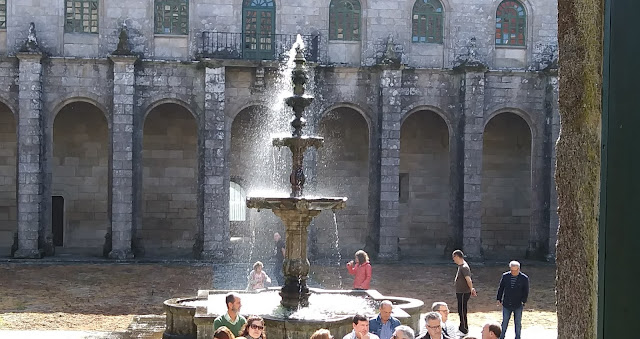 The two young Spanish girls particularly enjoyed the fountain at the monastery. 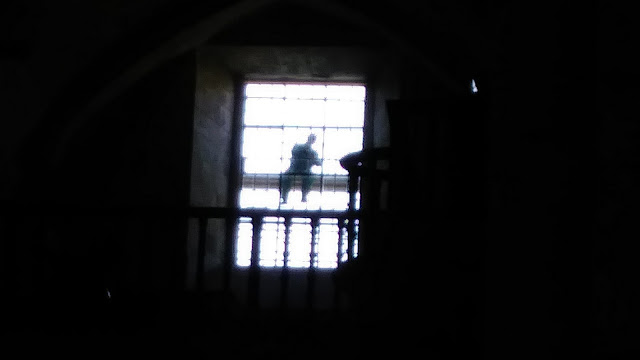 A workman hammers away on the exterior as we tour the church. Our tour paper said it is "known commonly as Virgin of the milk." 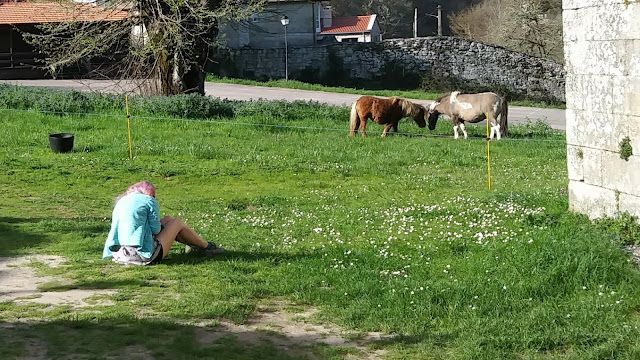 Angie from Barcelona arrived late after a long stage from Ourense. 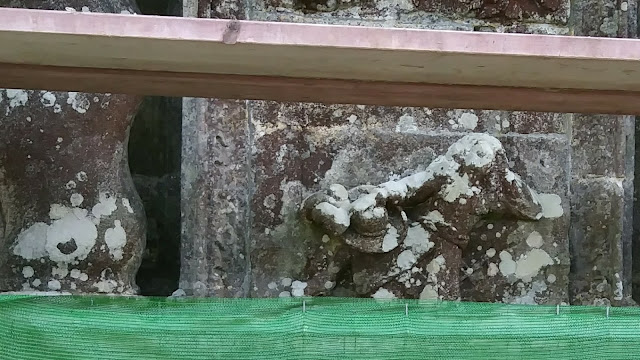 The poster explaining the ongoing repairs called the lichen "biodeposits".

Posted by MikeAndRuth at 7:33 AM