Day 3
Another fine day.  The lambs were looking at us like we were the first humans they'd seen.  The sight of a stork landing in a grassy field reminded us of pelicans in Colorado, much more graceful than you might think. Several new wildflower species were in bloom.

We passed our first Roman Miliario today. These pillars of stone were set one mile apart along the road which goes north from Merida, as in other parts of the empire. Some have disappeared over the centuries, but many still stand.  Much like our highway milage markers, they were numbered to indicate distance from the origin. I recently learned that the Romans defined the "mile" that we still use in the USA. It was 1000 strides of the average Roman soldier (actually 2000 steps, but only counted as 1000 because they counted only when right foot struck the ground).

Weather: Low 34F High 64F
Quote from RA's journal: "The camino provides so much opportunity to stretch oneself, remain flexible."
Tip for pilgrims: The monastary building in Alcuescar is not heated, be prepared for a cold night if you are not walking mid-summer. The walk to Aldea del Cano is well marked. The bar next to the albergue in Aldea is VERY noisy on Saturday night.

Day 4
This was the first day that was hard. Not terribly long, but morning rain prevented our typical trailside breaks, and our bodies are sore.  The path was mostly in a large right-of-way that seems to be used for moving sheep north and south.

A couple more thoughts on the monastery two days ago.  Our guide for the monastery tour was Cleophus, who is originally from Tanzania. The buildings once housed a school for youths, but demographic changes in the last 50 years result in an assisted living home for the elderly (I wondered if some of the men who are given aid here now might have attended the school several decades ago).  The meal was simple, but adequate.  I was disappointed we did not eat with the men who are being cared for, but we were directed to a separate dining area,.

Weather: Low 50F High 58F. Rainy morning, breezy afternoon.
Quote from RA's journal: "Remember to find joy in the journey."
Tip for pilgrims: Caceres is big, but not as spread out as Leon or Burgos. Grocery stores closed on Sundays.  We stayed at a hotel to get some good rest. 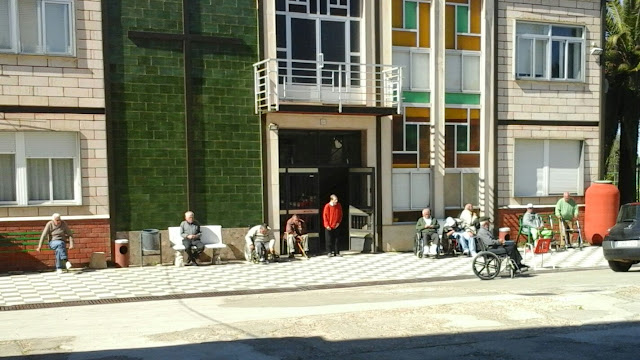 Men getting afternoon sun in Alcuescar. 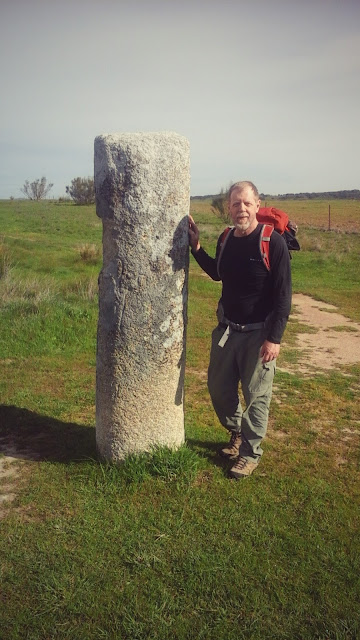 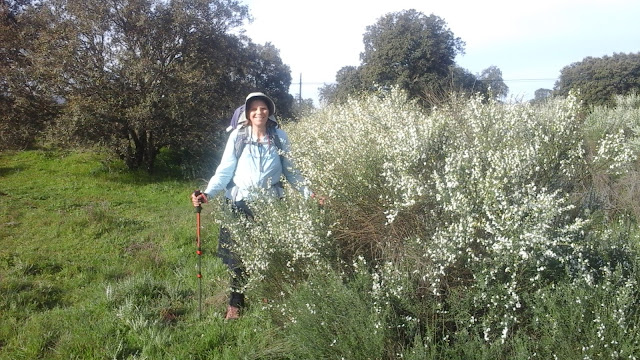 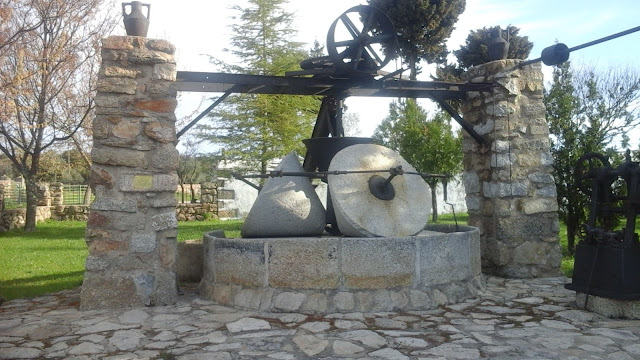 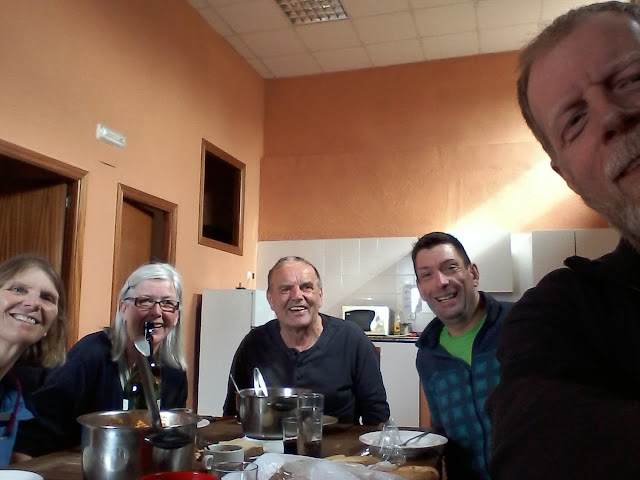 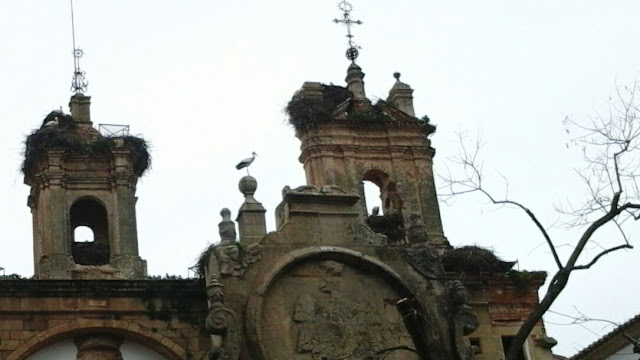 Storks make use of the churches 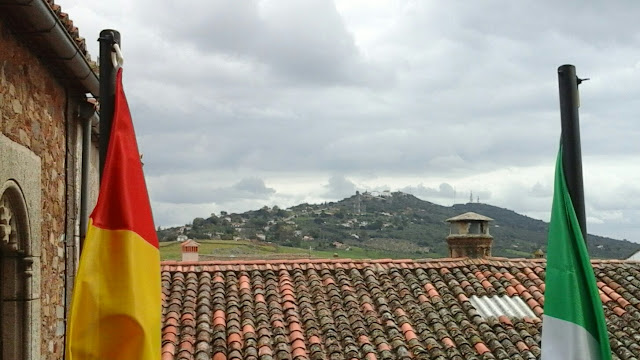 Room with a view in Caceres.
Posted by MikeAndRuth at 9:42 AM