"Walking takes longer....life is too short to waste on speed". Edward Abbey

It is odd to walk when others are traveling so much faster. A car goes by on the highway and within one hour they are in a town we will walk to in 4 days. A jet passes over, and in one hour it will travel the distance of our entire 5 week Camino. On the other hand, we probably walked more distance than the snail will cover in it's whole life. It's also odd what I think about while walking.

Today was truly one of the most incredible days of our Camino life. We are now on a four day walk that very few pilgrims make, from Granja to Astorga. The last person to stay in this albergue was 5 days ago!  The most direct route for today was along an abandon railroad, including 8 bridges that have rusted for decades.  In addition, there is currently record flooding of the river and streams these bridges cross. We were adviced against this route by the man in Bar Borox in Barcial, but then a man in a car met us on the alternate gravel road and informed us that the lower route was flooded. So off we went down the old railroad. It was very slow going due to large rocks and blackberry brambles. We met another local walking the opposite direction, who obviously had crossed the bridges, and this was really the only measure of confidence we had.  We made it safely across all obstacles. I'll let the pictures try to tell the story.

Weather: Low 39F High 67F Foggy and cold, then turning mostly sunny.
Quote from RA's journal: "Sometimes a guardian angel looks like an old Spanish man in a car."
Tips for pilgrims: Don't believe everything the locals tell you, sometimes they are right, sometimes they are wrong. I can tell you the old railroad route is difficult, but not impossible. It is the shortest route, and the only reasonable one when the river is flooding. 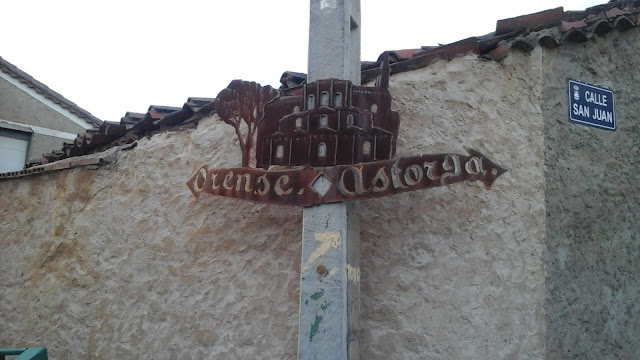 We took the right fork today.
(both the opposite of left and the correct one) 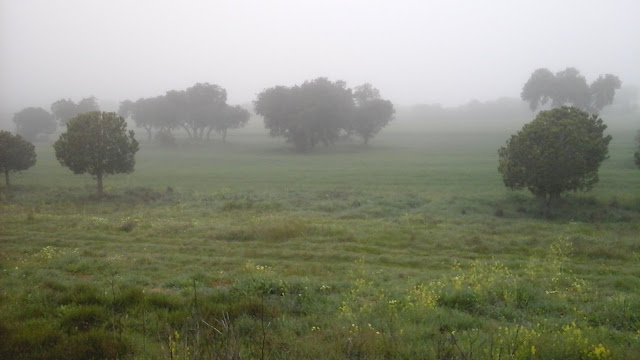 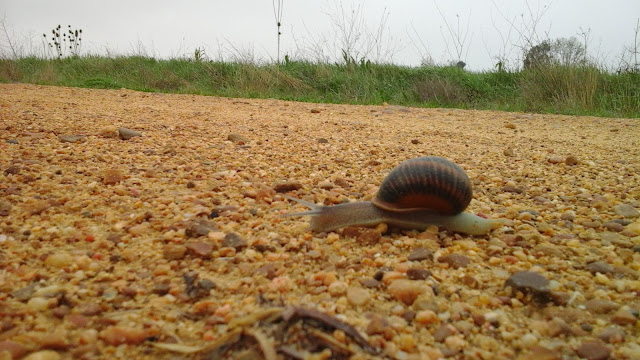 The snail moves inches as we disappear over the horizon 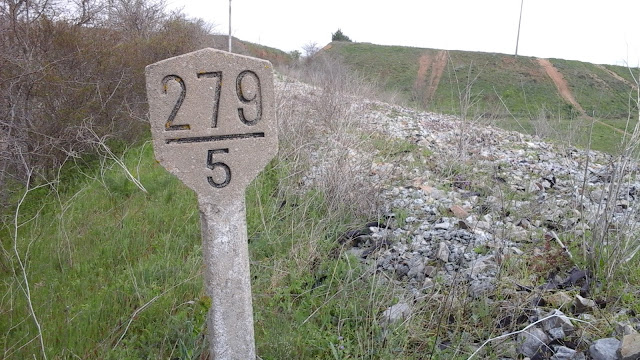 As we begin down the old railroad bed 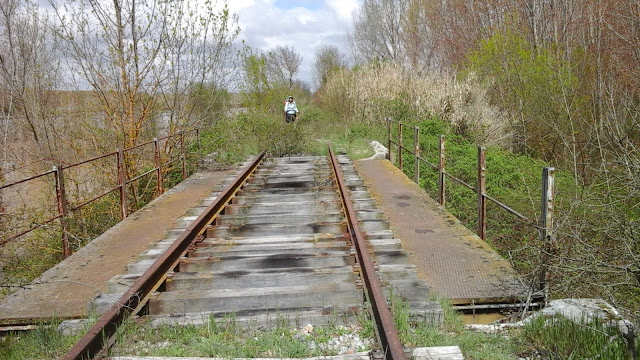 Ruth prepares to cross one of the small bridges 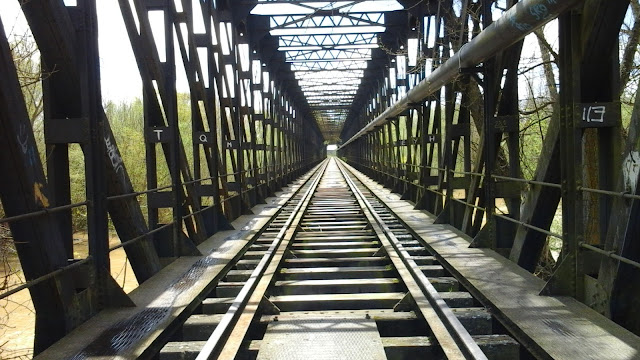 The bridge over the main river channel 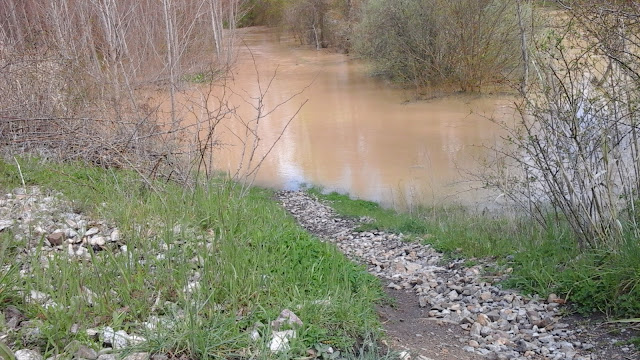 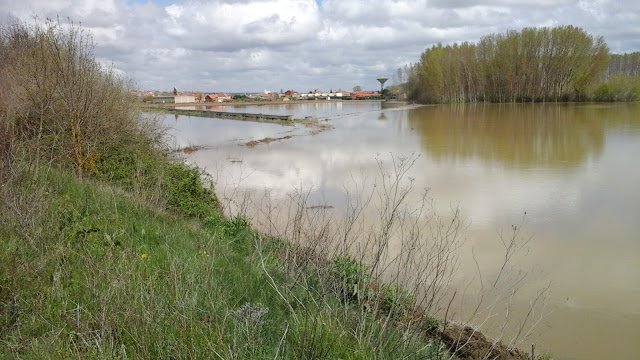 Our destination for the evening
Posted by MikeAndRuth at 9:18 AM