First, a few more notes from yesterday. As we were leaving Salamanca a driver honked at us, gave us a big smile, and yelled "Buen Camino". See our Sept. 29, 2014 post for an explanation of this. For now I'll just say that it feels good to know we have the support of the locals.  In the next little town we stopped for groceries in a tiny little 'tienda'.  A local man was eyeing us, so to lighten the mood, I referred to ourselves as 'loco peregrinos'.  He promptly insisted "No, No, No....", and went on to say, in Spanish too fast for us to get it all, how important the Camino is and wished us the best on our journey.

The walk up to El Cubo was not pretty, mostly on a dirt road next to a busy, busy highway, by a prison,  and several annoying detours.  After El Cubo it was through beautiful farm country of winter grain about a foot high, fields of yellow, and dormant vineyards.

We also saw the most amazing lines of Processionary Caterpillars. The picture is of a shorter string, I took a video of the longer line.

Four new Irishmen just showed up, but I don't think the distances they walk will match ours, so we probably won't see them much after today.  The Irish always entertain me with the accent and the slang they come up with.

Weather: Low 50F High About 58, but again a strong, chilling wind with a little afternnon rain.
Quote from RA's journal: "Each day presents challenges and opportunities, make the most of both."
Tips for pilgrims: The walk from Salamanca to El Cubo will require determination, no matter how you divide it up. From Casa Saso to Villanueva, the only town is El Cubo. This is 26 km with only one source for food or water.  And again, we did not see a single other pilgrim on our walk, even though there are 9 of us in the albergue tonight??? 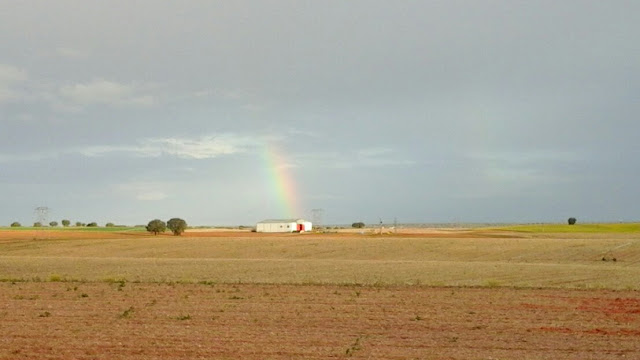 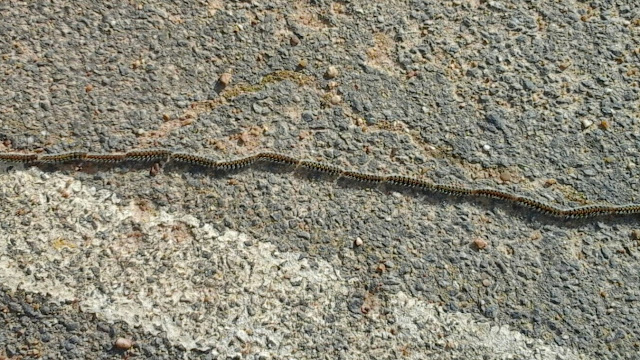 They aren't connected, they just follow each other head-to-tail 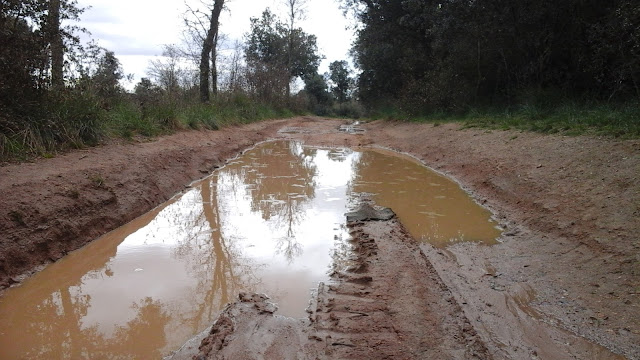 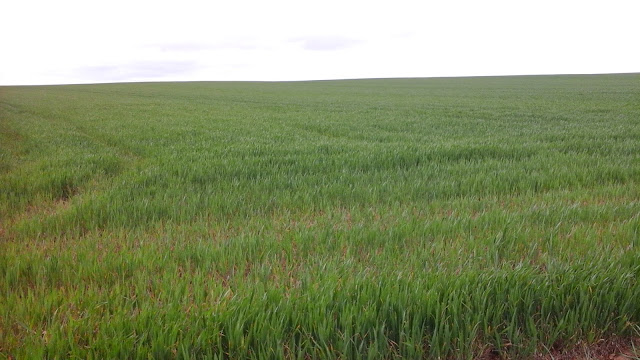 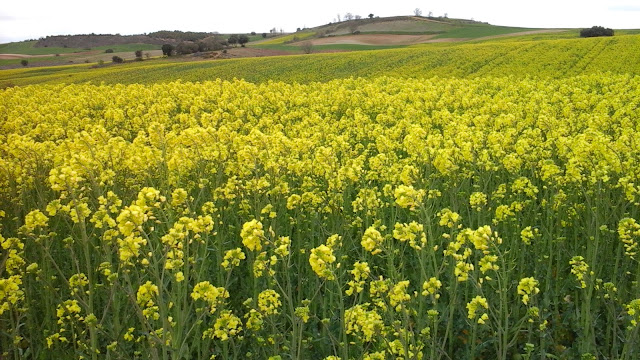 They call it Planta Colza here, used for Canola Oil 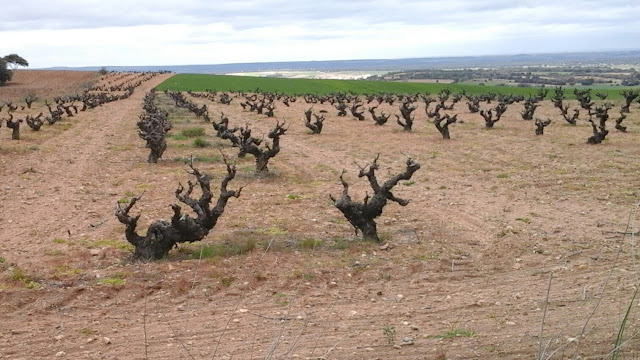 A stark beauty, but we prefer them in the fall with fruit on the vine.
Posted by MikeAndRuth at 7:32 AM