"We travel to feel like a kid again; because we hope to experience the world as new, and because we believe the best way to learn about it is to play in it. In travel ... we embrace the possibilty of being wrong, not out of necessity, but because it changes our lives for the better." Kathryn Schultz in 'Being Wrong'.

This quote is from one of my favorite books. It helped me embrace the possibility of being wrong. It helped me accept others when they seem to be wrong. It has helped me manage the ways in which I am wrong about so many things every day on the Camino.

Decision time. If we walk to Astorga it will be 22 days on the Via de la Plata. That feels like enough. It has been a wonderful journey. But like the 'kid' in the quote eventually needs to return to their own backyard, we are ready for some familiar territory. So in the morning we will continue north to the Camino Frances as most of the other pilgrims go west. James plans to join us. It will be about 14 more days from Astorga to Santiago if things go as planned.

There are several factors: the number of pilgrims going west on the Sanabres, the distances between food/water, the condition of the trail, the unsettled weather forecast, the fatigue we currently feel.

The distance on each route is nearly identical, but we will have much more flexibilty once we reach Astorga. That should be a four day walk from here.

Weather: Low: 43F High: about 62F with just a few sprinkles as we walked into Granja

Quote from RA's journal: Perspective: It's so much easier to truly appreciate the sun after many days of rain."

Tips for pilgrims: We learned today of three more pilgrims that exited Zamora on the wrong road (see yesterday's tip). 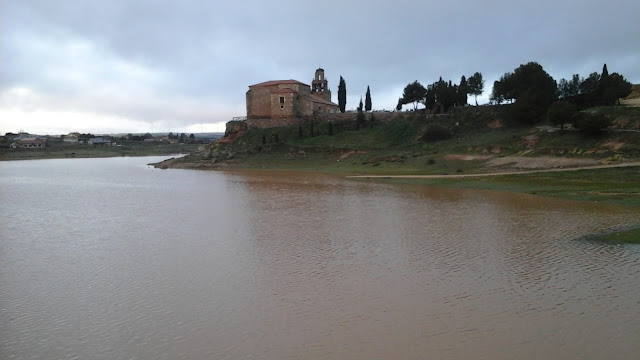 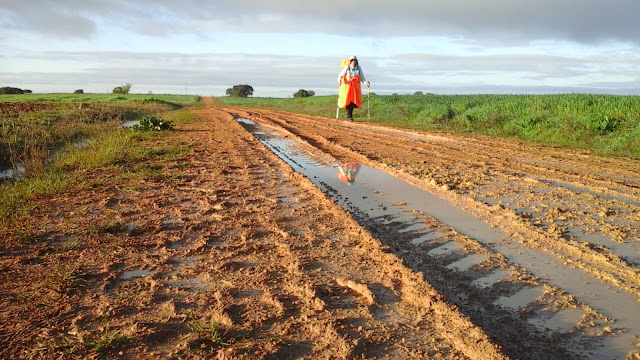 Ruth trying to avoid the mud 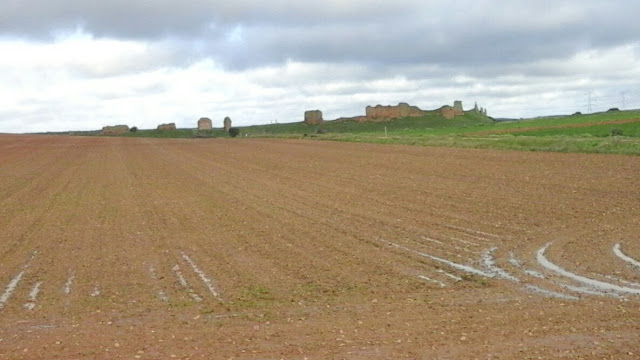 Castillo Castrotorafe from the 12th century.
Only a few walls still standing. 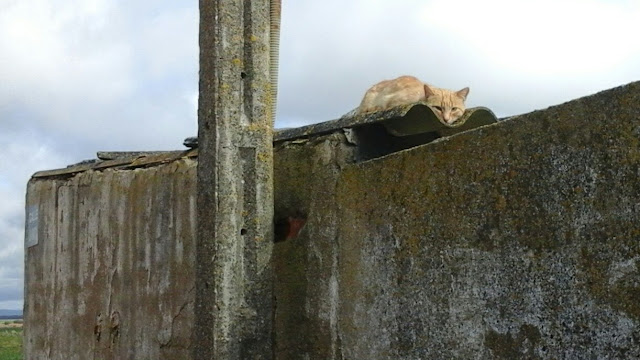 I can't believe I'm putting a cat picture on my blog! 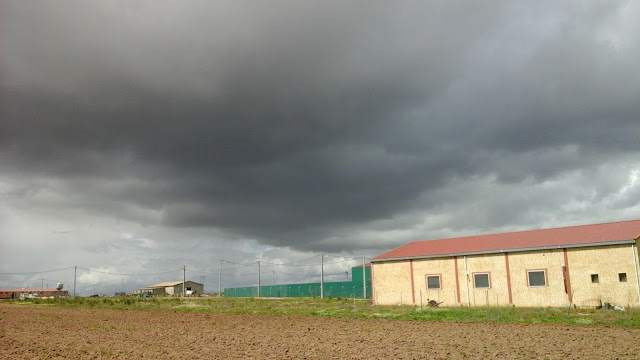 This seems to be pattern.
If it is not raining,, it feels like rain is imminent.
Posted by MikeAndRuth at 6:32 AM