Today's theme was water. See the pictures. It was a long walk, but I started well before daylight, so I still arrived by mid afternoon.

One of the reasons I am walking these stages on the Sanabres Camino is that I missed them in 2017. I didn't "skip" them, I just took an alternate route, which required very long days, but saved me 2 or 3 days getting to Santiago. I'm pleased to get to see them now.

The refuge in Santa Marta is very nice, but only 13 mattresses. We have 14 pilgrims here tonight. (One young couple is sharing a twin bed!). This stage is quite a problem since the larger refuge in nearby Santa Croya closed. There were several folks who were turned away late in the afternoon. They either have to walk another 10 km or get a cab. Spanish regulations prevent refuges from taking more people than they are licensed to sleep. The couple on the one mattress is technically a violation. LATER: Three more folks were sleeping on the kitchen floor this morning, I think they just stayed at the bar until everyone else was in bed.

Another supper of pasta and tuna. It was tasty and filling, with chocolate cookies and milk for a late evening snack. But it will be so good to get home to more traditional Hoffman fare. Elk. Trout. Honey Nut Cheerios. Popcorn and Netflix with my Honey. 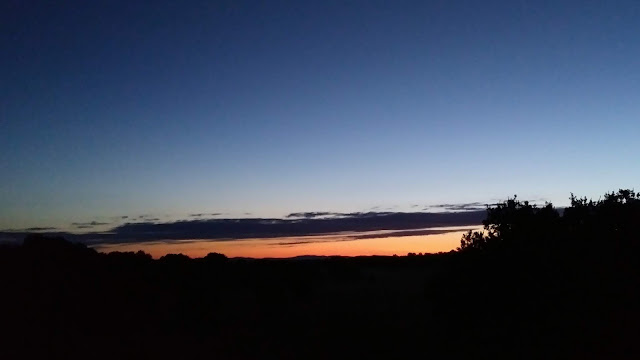 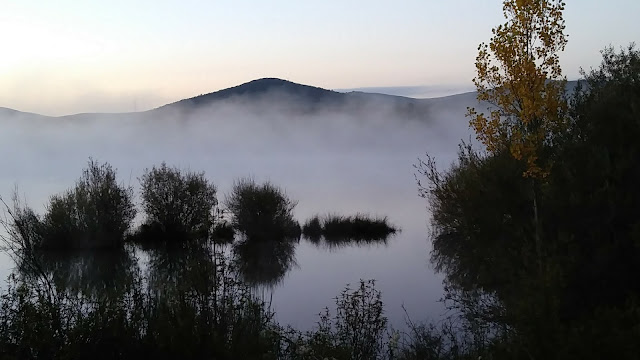 A paved path follows the lake shore for about 4 km. 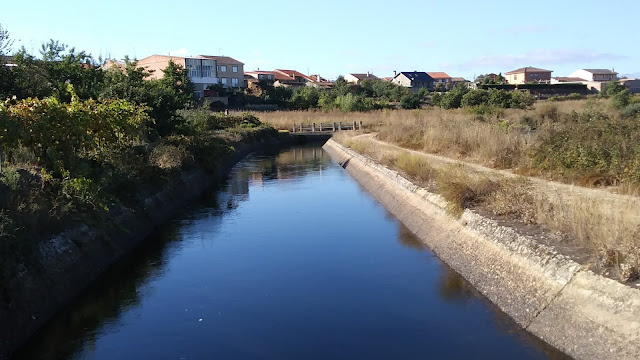 Then a dirt/gravel path snakes alongside an irrigation canal. 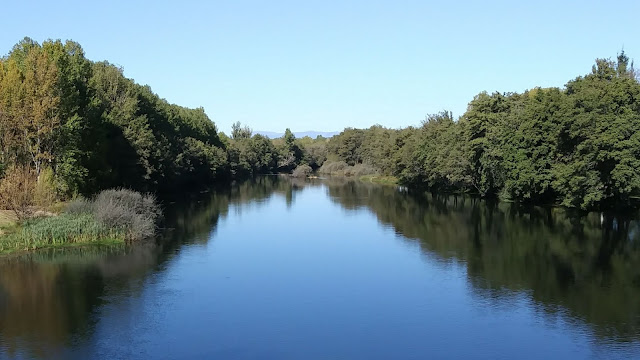 Midday bridge crossing of the river, the source of the canal. 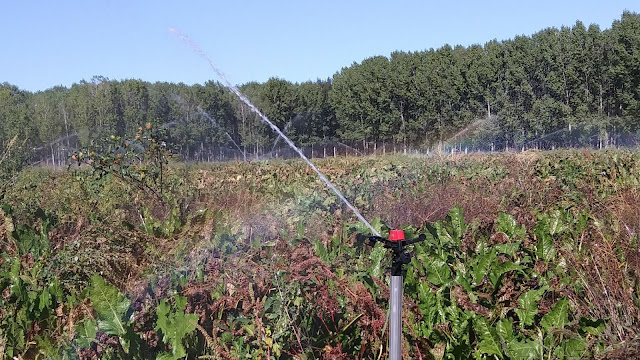 And finally a rare site in Spain. A sprinkler system .

And below is what is claimed to be the oldest carving in existence of "Santiago Peregrino", St. James the Pilgrim. It is smaller than I had guessed, about 3 feet tall. 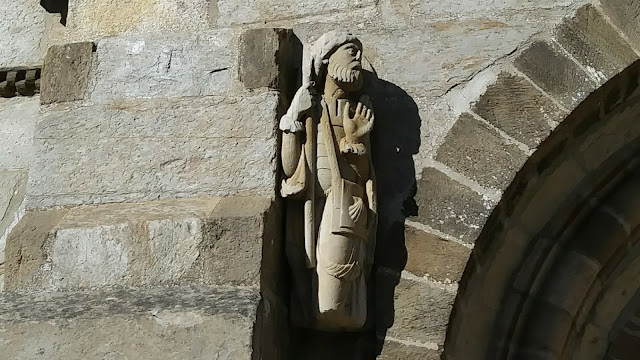 Posted by MikeAndRuth at 8:45 AM