I felt like I was elk hunting today, or actually Red Deer hunting. A single doe crossed my path on three separate occasions, and I found a small oak that had been torn up by a buck (we call them antler rubs in the states). I also heard several bucks grunting throughout the morning. It is similar to an elk bugle, but more lower pitched. You might even mistake it for a cow "moo", but it has a distinctive pattern. In fact, one of the bucks seemed to answer the elk bugle I have on my phone, which has a similar pattern. I was so tempted to stalk him. The problem was that I was 6 miles into a 16 mile trek. I just didn't have the time or energy for any detours.

The walk was pleasant, but not spectacular. I stayed in the albergue here in 2017, and wrote about the "Me Gusta Comer" restaurant in a post in late March of that year. I heard from folks last night it is still supurb. 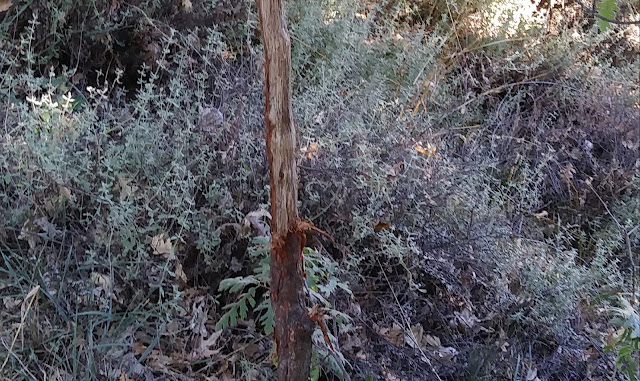 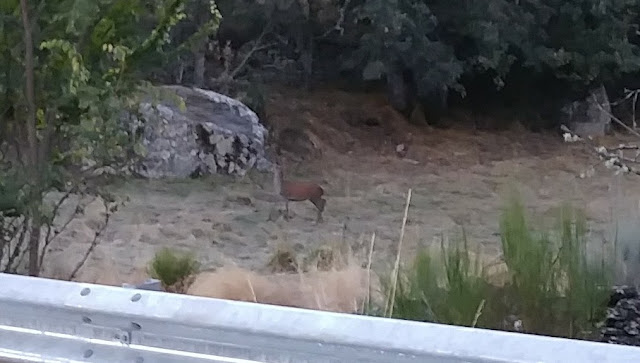 A doe near the road I was on at dawn. 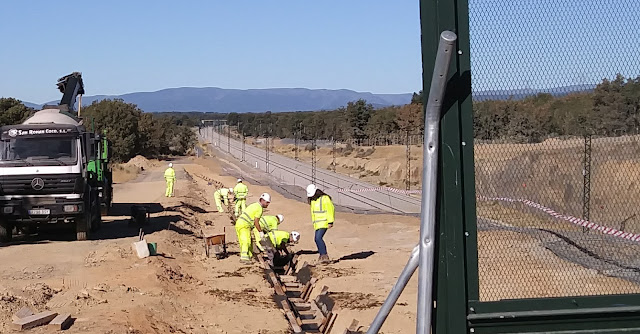 The railroad is nearing completion. 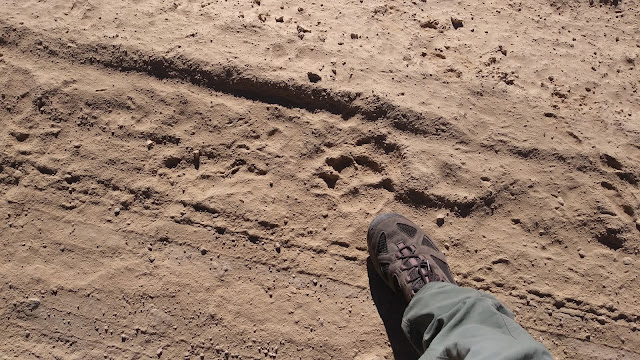 The wolf tracks were surprisingly large!

A beautiful hawk circled me for a few minutes.

Posted by MikeAndRuth at 8:06 AM