One Day of Rain

To Granja de Moreruela and Zamora (A 25 km walk and two buses for 50 km).
It was a complicated, but fun-filled day. First, it rained most of the day. I felt the first drops at 8:04, and it gradually built from a light mist to a hard horizontal rain for the last hour. Just before arriving in Granja the rain let up. It had been an unbelievable 27 days with no precipitation, so I can't complain about one day. Portions of this stage are really nice, on a primitive trail next to a lake, and most of it is on pleasant dirt/gravel farm roads.

The bus was complicated. In fact, it seemed that half the village had to be consulted when I inquired about how to get to Zamora. There is no afternoon bus (going south) from Granja to Zamora. But if you get the 2:30 bus to Santovenia (going north for 10 km), then there is a 3:15 bus from there to Zamora (going south, right through Granja, but doesn't stop there)! A 30 minute walk from my final stop was the Zamora albergue, and our friends Gene and Roseanne, who I knew had volunteered to be hosts there for the first half of October.

A communal meal was already planned, so I contributed bread and wine (symbolic??), which I had purchased on the route from the bus station.

It was a thrilling end to my Camino. Several folks from the USA were there for the night, and a good mix of Europeans were also among the 18 around the table. Pasta, of course. 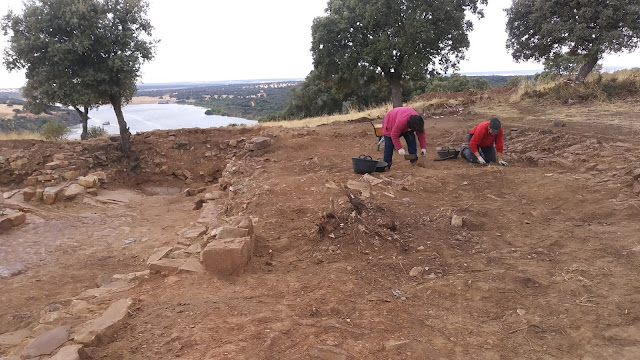 About 15 young people were working on an archeological site on a high ridge above the lake. They think it was a 9th century church. 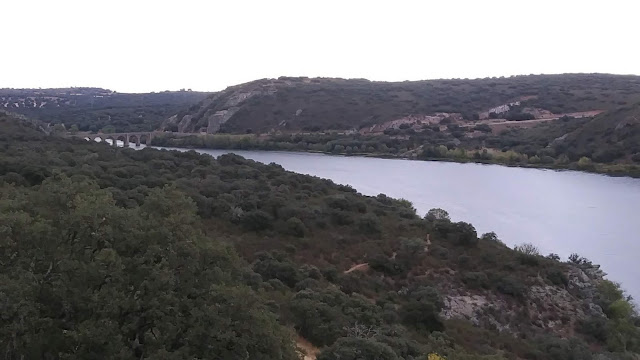 View from near the previous site. 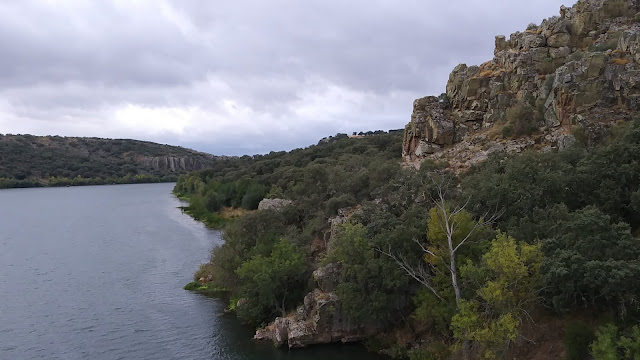 From the bridge in the previous picture. This section of trail requires just a bit of rock scrambling. The highway is another option if someone has an extreme fear of heights, but it would be a shame to miss this most beautiful stage. 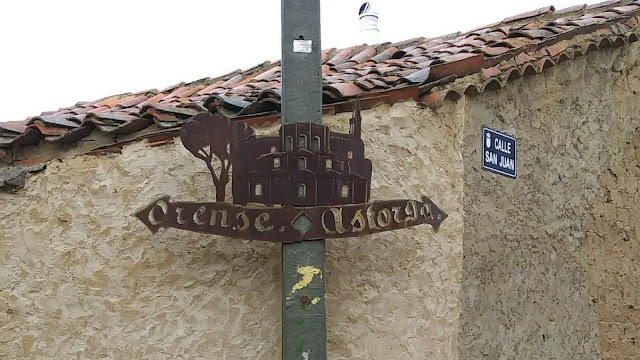 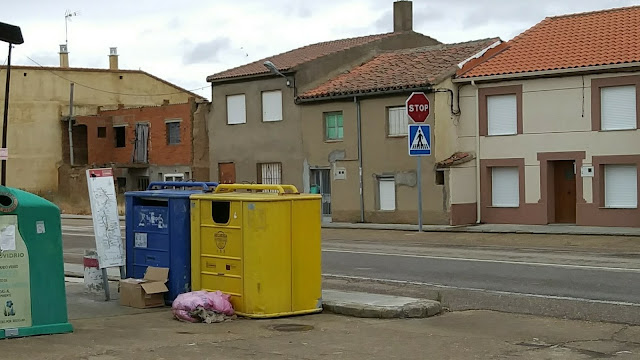 "The bus stops right there, by the yellow trash bin." 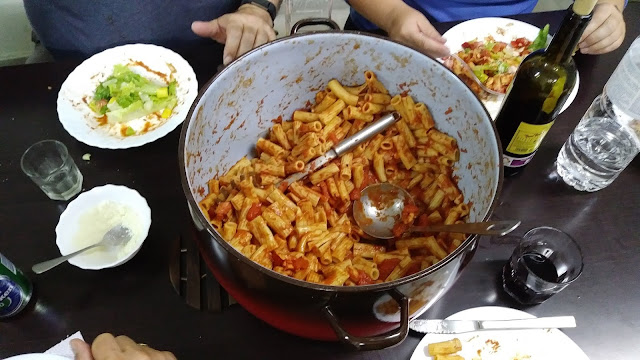 John's pasta fed 18 people with this much leftover. There's a reason the "feeding of the multitude" story is told 6 times in the 4 Gospels.
Posted by MikeAndRuth at 6:16 AM