Three stories for today. First, I told about the bee stings in yesterday's post, but I don't feel like I properly communicated the terror. It really was quite frightening, not knowing exactly what type of bee this was, and not knowing if a swarm was coming in a few seconds. People have died. As proof of the terror I offer this: Both myself and one of the Belgian ladies woke up with nightmares about 3:30 this morning. That's not normal!
The second story involves my previously lost day pack. It was a very small, very light weight bag that actually has it's own stuff sack built in. It only weighed about 2 oz. I lost it 3 weeks ago on a trip to the grocery. One of the other pilgrims was so kind, they bought me a replacement when they took a taxi to a sporting good store in Salamanca for other gear they needed (without me even asking). But then they left it in the taxi when they returned! So until today I was still without a small pack to take to the store, etc.  Today, as I entered the city of Ourense, I took an alternate route, for about 1 mile, along a river walk much like the highline canal trail in Denver. It's a route that almost no other pilgrims take, as it is not marked with arrows.  As I strolled along, the city sounds increased as the downtown grew closer. Hmmm, what is that in the path ahead. It looks like it could be....no surely not. Yes it was a micropack. Exactly what I needed!!! What I really needed was patience. That's what my friend Mike would say. Whatever is needed will come in it's own time. (See picture below).
Lastly, I had to quickly exit the first albergue I went to today. A bed bug on the wall above the bed next to mine! The hosts are so predictable. "No, no, no that's not a bed bug, that bug just flew in the window." Of course, he doesn't know I happen to be a bit of a bed bug fanatic. IT WAS A BED BUG, until he squished it and threw it back out the window it didn't come in, conveniently destroying the evidence. The place I found is much nicer anyway, so another blessing.
Entering Ourense is not the greatest walk. Only a few pictures, showing suburban life of Spain. I did want to mention the nicely carved Way markers in this region. Each one is unique, I imagine they paid an artist a bunch. But I like them anyway!
Weather: Low 32F with just a touch of frost. High 68F with a warming trend for the next few days (80s ahead!!!).
Distance: About 22 km, but a little extra to find a second albergue and walk along the river.
Route: I did miss one arrow today, in the suburbs. The locals are so kind. This woman started calling to me and sending het husband running after me! Aqui, aqui.
Town/Albergue: Grelo Hostal is very nice. I really like the hosts name: Baque, pronounced much like "Becky". The Xunta albergue is where the bed bug was. I only saw the one, so maybe it's OK, but normally there is not just one. 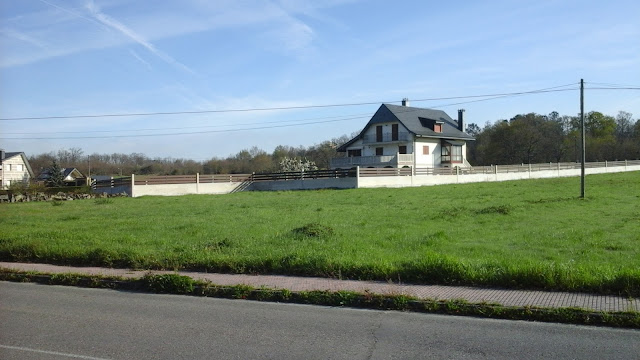 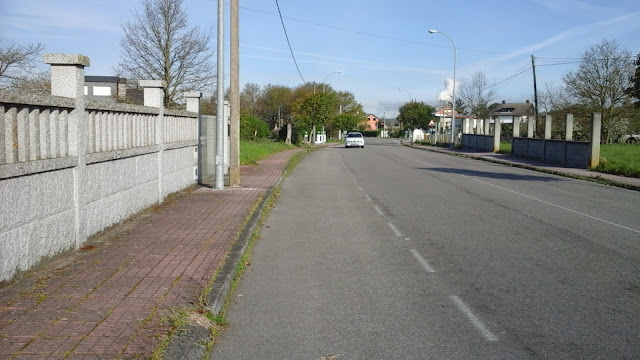 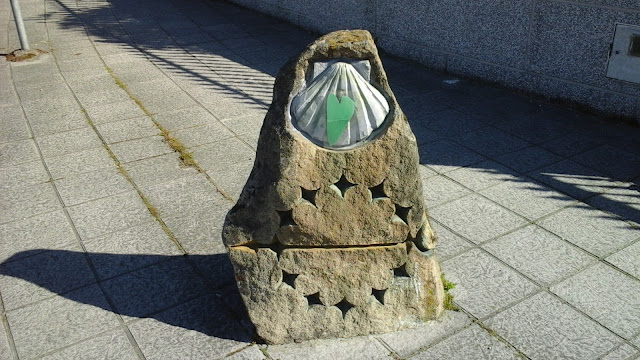 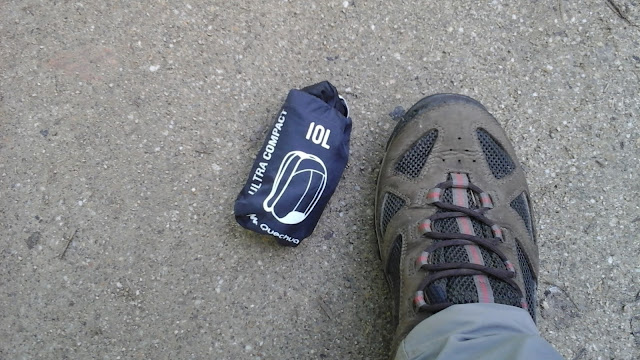 Posted by MikeAndRuth at 8:16 AM