I've spent the last two evenings with a young German named Victor. His parents are Russian and he was born in Kazakstan, but they now all live in Germany. It was interesting getting his perspective on the "east" vs. "west". He said one of the biggest shocks for his father when he left the Soviet Union was reading "real" history. What he was taught as a child was a form of a rewritten "USSR IS THE GREATEST" history. His family loves the west, and even though they have fond memories of their youth, they now have a strong disdain for communist governments.

Weather: Low 35F with an icy rain hitting me in the face for the first hour. Later it was patchy sunlight, but still an occasional sprinkle with a high of 52F.
Distance: A Camino personal best of 35 km (My guide says 34.5 but I had to backtrack twice, adding 0.5 km. Once to get my rainjacket which I dropped and a second time because I forgot to fill my water bottle at a midday break).
Route: No big problems, just more uphill than the profile indicates. There are two really steep and long downhill sections, much of which is made up for the rest of the day by going gradually up.
Town: I was planning to go to Mass at 7pm, but the kitchen at the bar opens at exactly that time!?!? After 35 km, I won't be cooking tonight, and want to eat as early as possible.

I hope the pictures speak for themselves, it really was a beautiful walk. I think the last picture is the first time I've seen a granite arrow built into someone's rock stairway entry. 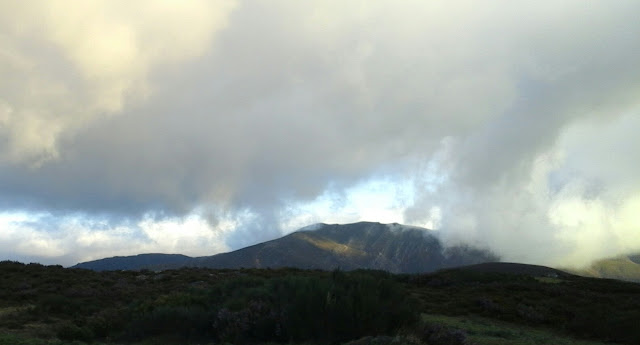 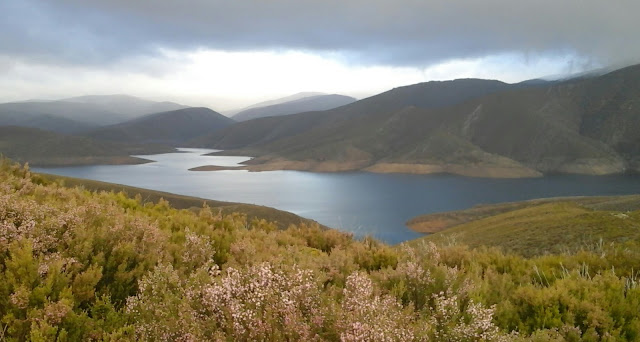 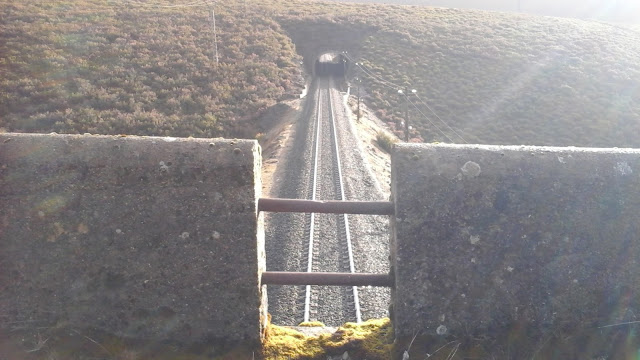 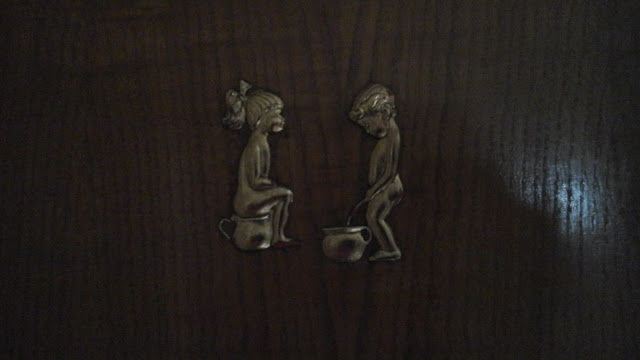 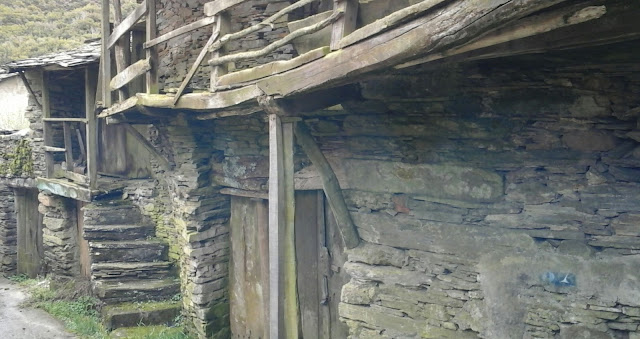 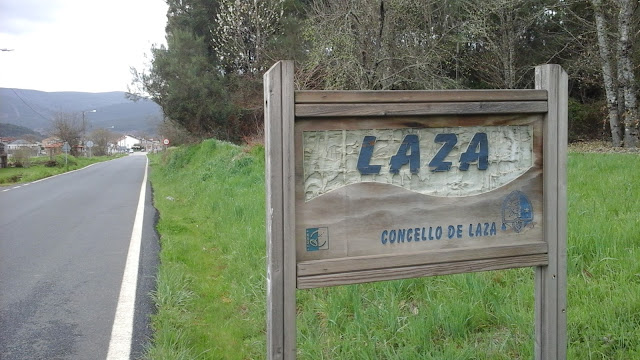 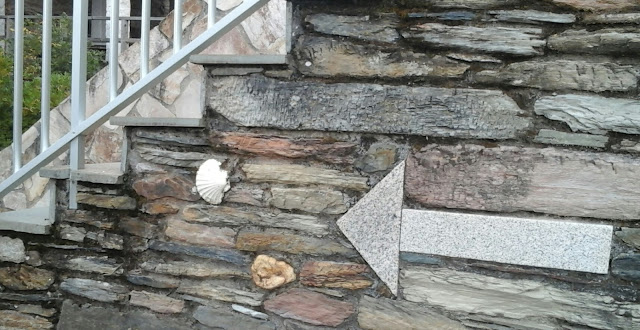 Posted by MikeAndRuth at 9:48 AM